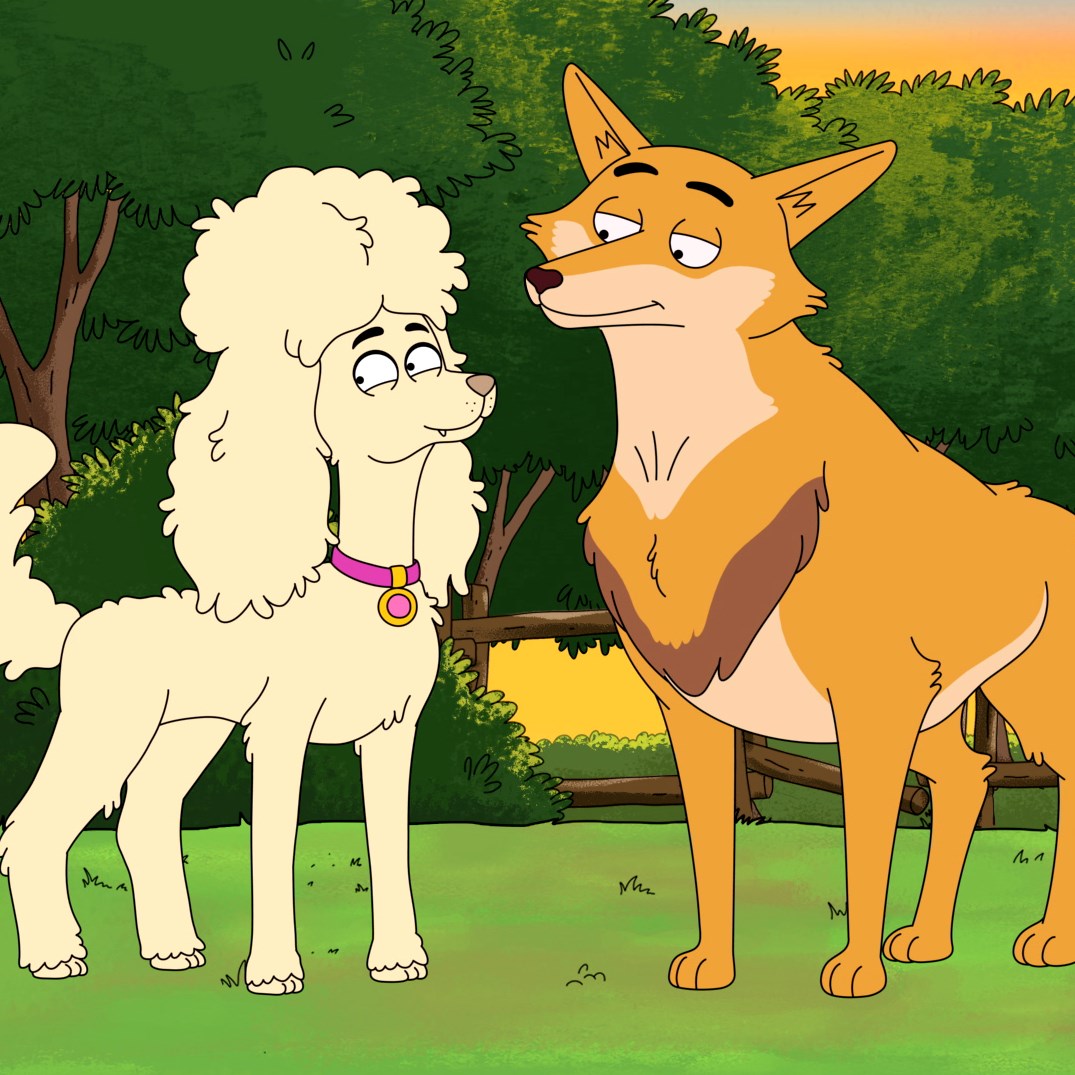 In the series, HONEY (Kudrow), a standard poodle, opens her living room for the group to come and support each other through the misery, mayhem and majesty that is being a pet. Honey also struggles with her own problems, such as her arranged (by her human) marriage with CHIEF (Faxon), a sloppy St. Bernard who enjoys eating socks and licking himself. The group includes SHEL (Will Forte), a sex-positive tortoise with intimacy issues and a knack for choosing unconventional partners; TABITHA (Executive Producer, Sharon Horgan), an aging Persian cat beauty queen, trying to adjust to life off the cat show circuit; THE GRAY ONE (Jason Mantzoukas), a street smart cat who lives with about thirty other cats and has his one eye on Tabitha; CHICO (Sam Richardson), a chonky, co-dependent and very naive cat; and the group’s newest member, DIABLO (Hale), an anxious, sweater-wearing terrier whose OCD causes him to hump everything twice. Among the group’s other members are ELSA (Co-creator/Executive Producer, Clea DuVall), a power hungry, know-it-all Corgi, and fake service dog, who drives Honey crazy; NIBBLES (guest voice Bresha Webb), a psychopathic hamster who is mourning the loss of her mate (whose face she ate...and everyone knows it); MAX (Hale), George Clooney’s pig, a former actor and current status-obsessed a-hole; BUBBLES (guest voice Greta Lee), a horny, teenage goldfish who lives with Honey and Chief, and heckles the animals any chance she gets; TCHOTCHKE, a silent, and possibly magical, slow loris with a mysterious past, who uses a tiny cocktail umbrella to express his emotions; and JILL (guest voice Maria Bamford), Honey and Chief’s human owner.