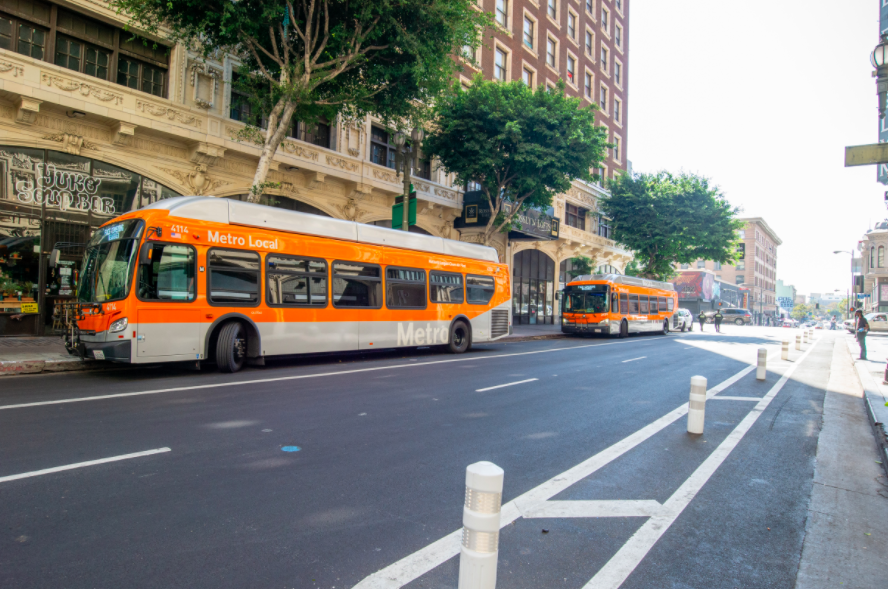 "Coming back stronger from COVID-19 means investing in the core pillars of a healthier, more equitable, and more prosperous Los Angeles," said Mayor Eric Garcetti. "The public health crisis is our number one priority right now, but that work hasn't stopped us from getting back to the basics — and the 5th and 6th Street Improvements Project shows us moving full speed ahead on major upgrades to our streets and greater sustainability in the heart of our city."

The project improvements are located between Flower Street and Central Avenue along both 5th and 6th streets. The improvements include:

5th and 6th Streets are listed as priority corridors in the Metro NextGen Bus Plan as roads that would benefit most from bus speed improvements based on congestion and ridership metrics. Combined, the two corridors are currently used by 150 buses per hour.

"These dedicated bus and bike lanes will become a real game changer for the region and for the way Metro serves the Downtown area," said Metro CEO Phillip A. Washington. "We expect bus speeds to improve up to 30 percent and greatly enhance the customer experience through

"Fifth and Sixth Streets have always carried thousands of people by bus and by bike each day. Now the streets' design matches their use," said L.A. Department of Transportation General Manager Seleta Reynolds. "Bus lanes are a key part of our economic recovery, especially for essential workers who rely on transit, and we will continue to prioritize their safety as the city gets back on its feet."

The project supports the goals laid out in Mayor Garcetti's 25th Executive Directive, "L.A.'s Green New Deal: Leading By Example," which calls for new bus infrastructure improvements to improve transit speeds by 30% by 2028 along with a comprehensive citywide network of protected bike lanes.

FYI
STAPLES Center Will Transform Into A Voting Center For Elections