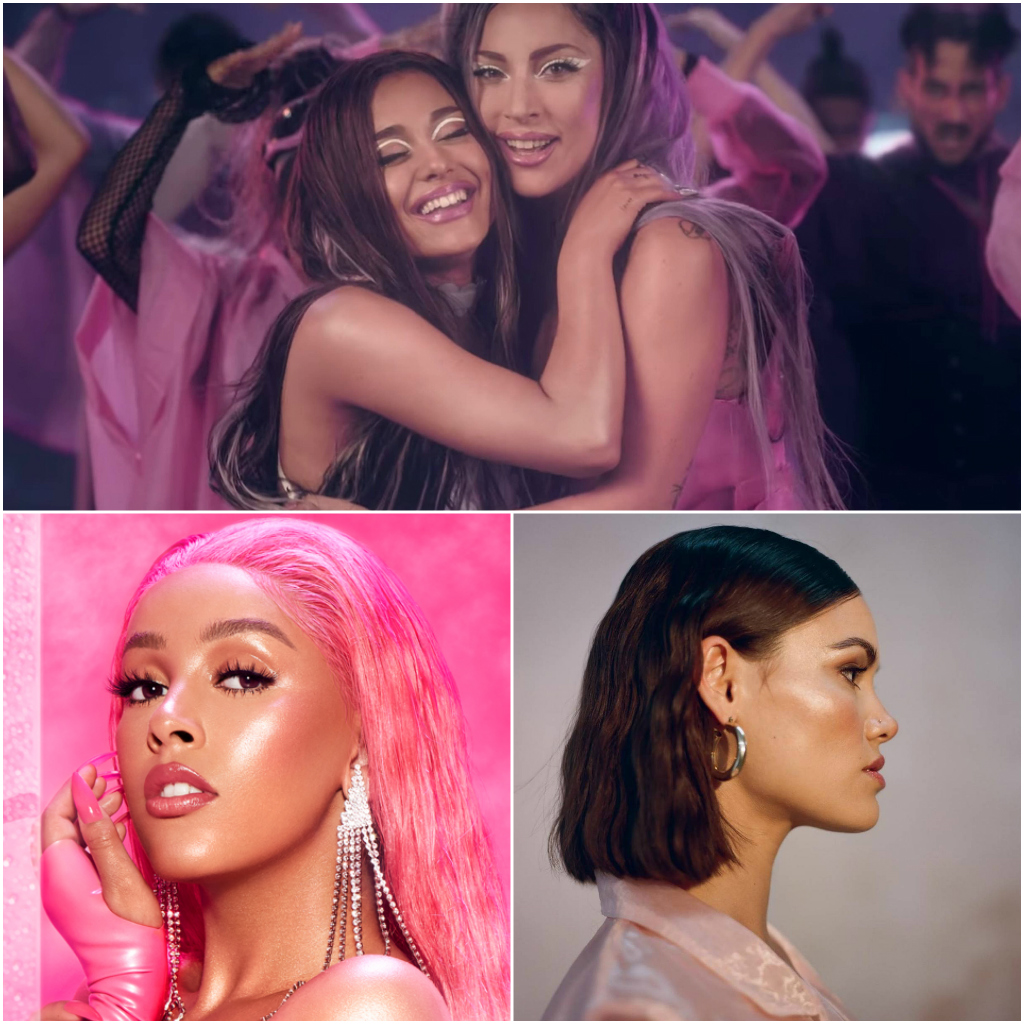 Pop icons, Lady Gaga and Ariana Grande have teamed up to release the highly anticipated single 'Rain On Me' off of Gaga's upcoming album, 'Chromatica' releasing next week 5/29.

Following the success of her last collaboration with Nicki Minaj, Doja Cat is joining The Weeknd this week on a brand new remix of his single, 'In Your Eyes.'

Sia released 'Together' from her upcoming album and self-directed motion picture 'Music.'

Norwegian DJ and producer, Kygo has teamed up with Valerie Broussard to release 'The Truth.'

Ellie Goulding is putting a stop to dating roles and dynamics with her brand new single 'Power.'

In homage to all the essential workers and families in quarantine, Nick Jonas is releasing 'Until We Meet Again' following the debut performance on The Voice finale.

Rising singer-songwriter Spencer Barnett is releasing his new single 'Welcome to My Mind.'

deadmau5 is back with another hit! The masked singer is collaborating with The Neptunes in the release of 'Pomegranate.'

In the Latin Music category - Panamanian singer, Sech and Daddy Yankee are releasing their new collaboration in 'Confía.'