Diplo's New Album Is Here... And It's Country 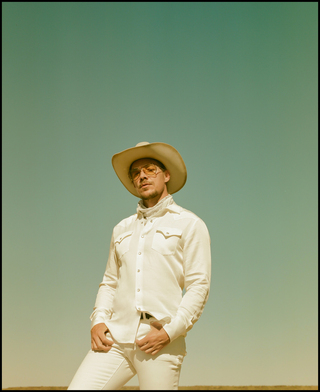 Last night, Diplo celebrated the release with a special edition of his livestream variety show “The Thomas Wesley Show,” featuring guest appearances from Thomas Rhett, Zac Brown, Julia Michaels, Orville Peck, Cam and Jonas Brothers. Diplo celebrated the evening with Tequila Don Julio, which sponsored a celebratory toast of Tequila Don Julio 1942 during the set and Wrangler, which streamed the event on the Wrangler Network and outfitted Diplo in a custom jacket. Chipotle hosted the afterparty on their Twitch channel and dropped a total of 5,000 free burrito codes for viewers throughout the set.

Diplo—who grew up in Daytona Beach, Florida—has long been incubating ideas for this country project, bringing it to the public for the first time at Stagecoach’s first ever Late Night dance party in 2019, where he welcomed Lil Nas X and Billy Ray Cyrus for the live debut of “Old Town Road.” Diplo also released his own remix of “Old Town Road” and appeared on stage at the 2020 Grammys for a performance of the #1 hit alongside Lil Nas X, Billy Ray Cyrus, Mason Ramsey, BTS and more.

L. A. Glam
X-Static Is The Must-Have Brush