The Smithsonian National Museum of Natural History (NMNH) in Washington, D.C., will re-open the David H. Koch Hall of Fossils - Deep Time after a five-year renovation on June 8th, 2019. 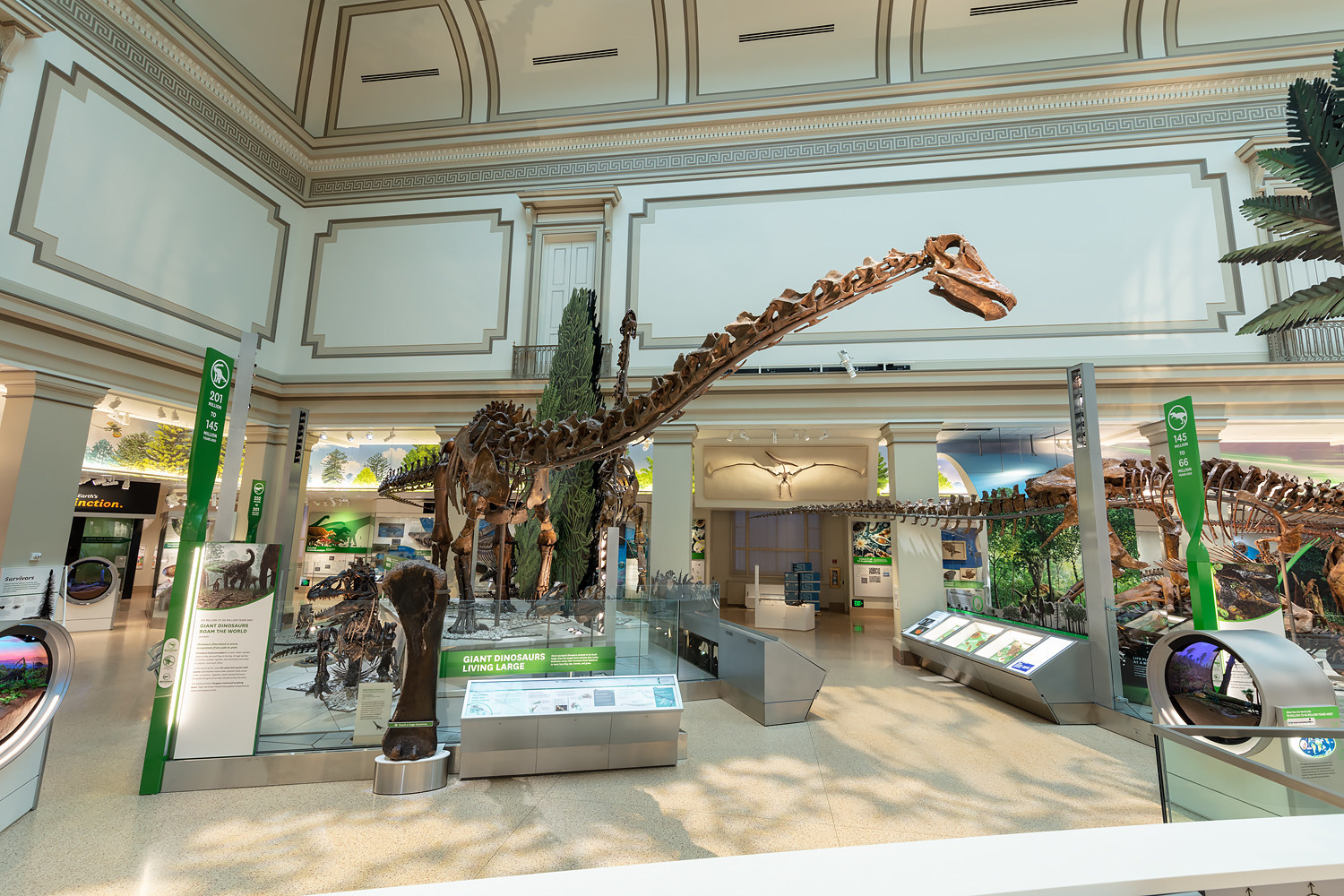 The hall, home to the museum's collection of dinosaur fossils and latest exhibit, Deep Time, has been restored to its former 1910, Beaux Arts Gallery design. EwingCole, an award-winning architecture, engineering, and interior design firm based in Philadelphia, designed and oversaw the execution of the project.

"For the museum's roughly eight million annual visitors, the splendor of the hall is as much a part of the experience as the specimens they contain," said EwingCole Director of Cultural Practice, Jeffrey Hirsch.

Major renovations in the 1960s, 80s, and early 2000s, dramatically altered the appearance and unique character of Dinosaur Hall. Museum administrators sought to bring it back in a meaningful and responsible way.

"There was a desire across the Smithsonian to look at the architectural integrity of their buildings and determine how they could best strengthen them and bring them back," said Hirsch. "One major goal for the project was to convey a respect for our architectural heritage by returning the hall's aesthetics to their original state."

Prior alterations concealed a skylight above the hall, obstructing natural light and altering the feel of the gallery. EwingCole's renovation uncovered the skylight and surrounding exterior windows, restored decorative plasterwork, and upgraded the museum's aging infrastructure with modern technologies. Each of the museum's main halls are now open and inviting.

EwingCole's Director of Lighting Design, Angela Matchica, noted the importance of bringing daylight back into the space adding, "unmitigated sunlight created problems for the museum and its specimens in the past, so re-exposing Dinosaur Hall's skylights came with a set of challenges."

EwingCole designers turned to a glazing system containing an aerogel nanotechnology that serves as both an insulator and light filter.  This material mitigates both ultraviolet light and heat as it illuminates the gallery. Controlled daylight now floods the hall for the first time in nearly two decades, the 65 million-year-old specimens below remain protected, and interior temperatures are more easily regulated.

"The space is overwhelming; the size of the objects is overwhelming," said Matchica. "You never got that sense of scale before, but now visitors will see the full gravitas of the dinosaurs. It's breathtaking."

Another key focus of the project aimed at restoring the hall's ornate plasterwork which had been lost for generations. The design team sought to recreate these details using original methods. "The craft involved in recreating this work is a dying art, with a dwindling number of people who still do this type of work," said architect Ryan Delahoussaye.

The templates for the new moldings were cast from original building fabric in Ocean's Hall, a sister gallery located in the museum. "Luckily, we were able to bring ATS Studios in, who were able to right a wrong that had been done to the space so many years ago," Delahoussaye said. "It's been restored in an authentic way."

Additional improvements include an all new FossiLab, a fully functioning interactive research space within the gallery that gives visitors a behind the scenes view of paleontological research. The lab's glass enclosure brings visitors directly into the scientist's work stations, allowing them to watch experts clean and study new and current specimens. FossiLab is designed so that research volunteers can more easily interact with curious guests, a key goal for the Smithsonian.

"As technology improves, we learn more about the specimens -- even the ones currently in our collection," said Delahoussaye. "From the original concept, there was a strong interest in letting the researchers engage with the public and having them understand that this work is ongoing."

Also reopening on June 8 is the renovated West Court Atrium, home to an improved cafeteria and new restaurant. The first-floor restaurant provides a perfect viewing area for the newly installed megalodon, a prehistoric, 50-foot shark. The space is warm, inviting, and organized for the museum's millions of annual visitors. A key element of the design is a large custom wall graphic, an enlarged illustration by Ernst Haeckel, which provided an inspiration for the color palette of various materials such as woods, metals, natural stone, and polished concrete. The ceiling is open and blacked out with a series of eclectic light fixtures placed sporadically through the space providing visual interest and a warm glow.

"Prior to the renovations, you always felt like you were in an artificial setting, but so much of the museum's story is about Earth's broader ecosystem," said Hirsch. "The spaces have remarkably changed. They feel more expansive and alive."