International superstar boy band BTS will bring the group's mega-hit "Love Yourself" world tour to cinemas across the U.S. with "BTS WORLD TOUR LOVE YOURSELF IN SEOUL." 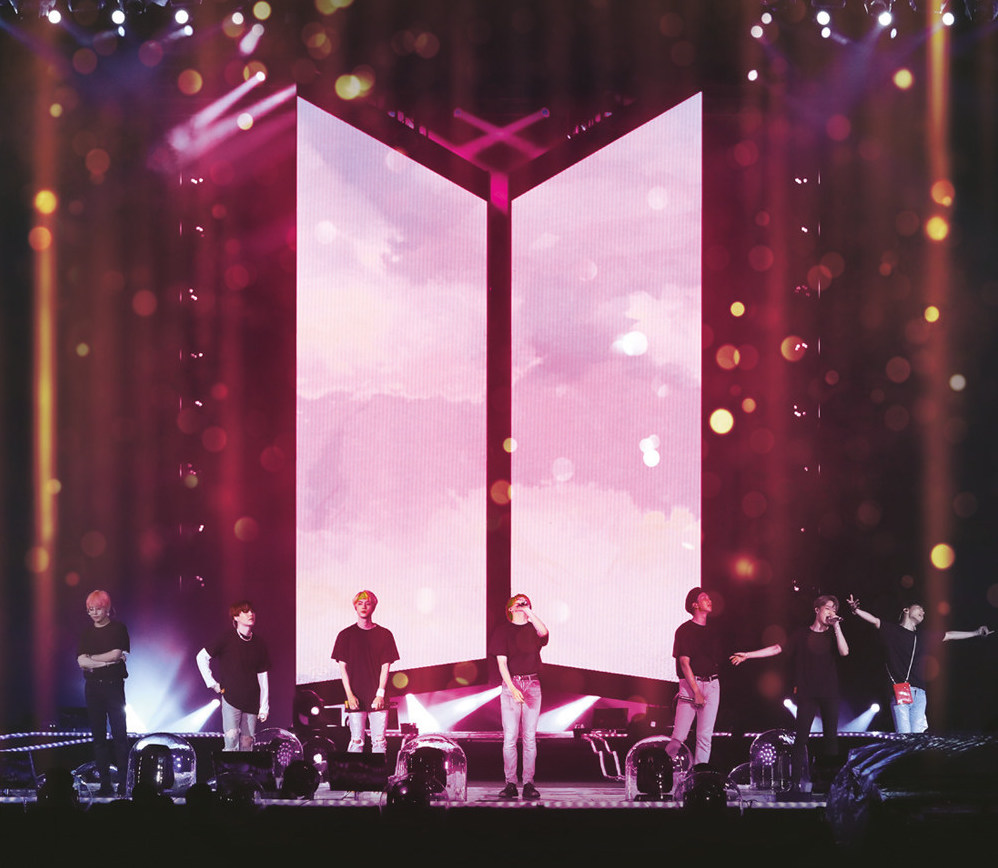 Filmed live at BTS' sold-out Seoul Olympic Stadium "Love Yourself" concert, this event delivers not only an intimate look of the full concert set list, but also the energy of BTS and the members' dedication to their artistry. This landmark event will unite fans in 90 countries around the world in celebrating the band's unprecedented international fame.

Tickets for "BTS WORLD TOUR LOVE YOURSELF IN SEOUL" are expected to be available online at www.FathomEvents.com or LoveYourselfinSeoul.Film and at participating theater box offices on Monday, December 17. Movie theaters are setting up online ticketing on a rolling basis. Please check back often.

A complete list of theater locations will be available on the Fathom Events website (theaters and participants are subject to change).

BTS, an acronym of Bangtan Sonyeondan or "Beyond the Scene," is a South Korean boyband that is capturing the hearts of millions of fans globally. The members of BTS are RM, Jin, SUGA, j-hope, Jimin, V, and Jung Kook. BTS has gained recognition from their authentic, self-produced music. From their top-notch performances to the way they interact with their fans, BTS has become a global phenomenon since they debuted in June 2013. They have mobilized millions of fans across the world (named "ARMY"), topped prominent music charts, sold out worldwide tours and have been recognized with prestigious awards, including the Billboard Music Awards.

"We are thrilled to partner with Pathé Live to bring the full BTS concert to cinemas nationwide and allow their 'ARMY' the opportunity to experience their epic show on the big screen," said Fathom Events CEO Ray Nutt. "Seeing this full concert is a unique opportunity that will allow fans to experience 'The Fathom Difference' in full scale."