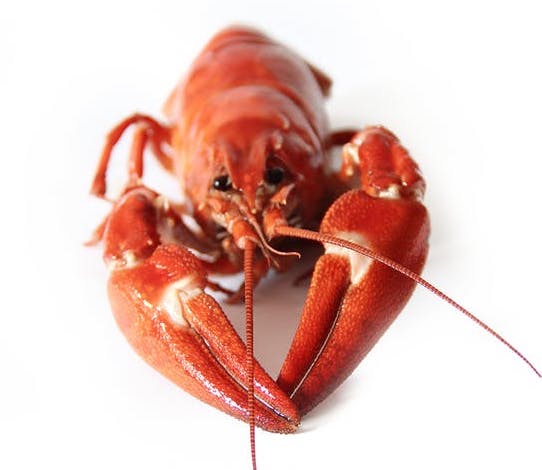 Charlotte Gill, a lobster pound owner, is trying a new technique to ease the pain when the lobster meets its untimely death: boiling water. She's getting the lobster high.

As reported by Mount Desert Islander, a lobster named Roscoe was the first to experience a technique which Gill is hoping will be more humane way of executing lobsters.

Gill believes that the treatment sedates the animals and could make their deaths less traumatic.

“It’s a unique place and you get to do such unique things but at the expense of this little creature. I’ve really been trying to figure out how to make it better," Gill told Mount Desert Islander.

Should we try this at home?

L. A. Glam
Emmy Glam: Get The Look From Michael Dueñas & Austin Evans