Chilling Documentary 'Abducted in Plain Sight' Is Coming To Netflix 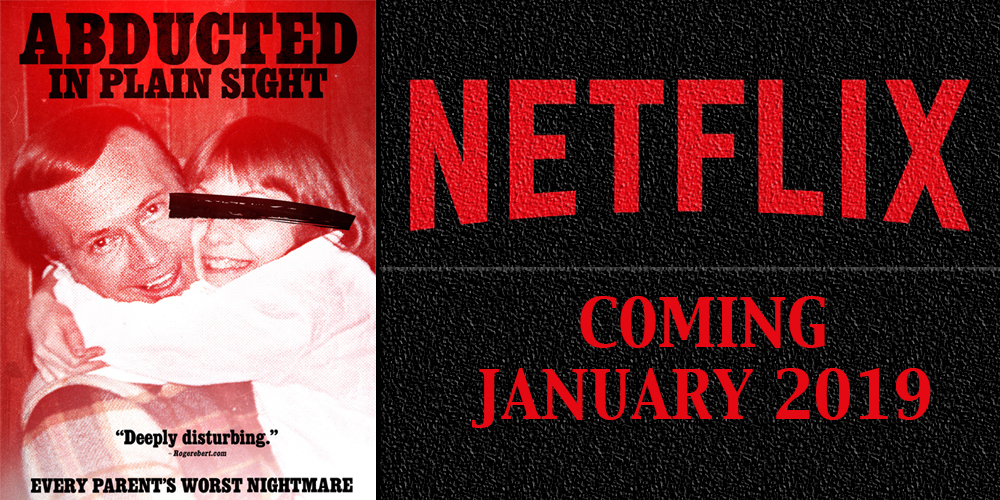 The chilling documentary "Abducted in Plain Sight" will be available on Netflix, in 190 countries this January.

Netflix has turned true crime documentaries into must-binge-TV and this is the next one in-line. LATF's critic, Lucas Mirabella said at the Mammoth Lakes Film Festival: "the one film that haunted me for days was “Abducted In Plain Sight,” an essential addition to the blooming true crime genre."

Expertly directed and lensed by Skye Borgman, and elevated by James Cude’s skillful editing and Carl Dante’s stirring score, "Abducted in Plain Sight" revisits the horrifying ordeal experienced by the Brobergs, an unassuming Idaho family whose lives were upended when their twelve year-old daughter Jan was kidnapped – not once, but twice – by their predatory friend and neighbor, Robert Berchtold, aka ‘B’. Disturbing at times, infuriating at others, this well-polished doc uses FBI recordings, court footage, home videos, reenactments and present-day interviews to weave together a spellbinding tale that pierces through the friendly façade of a master manipulator. A survival story that reveals the emotional scars suffered by sexual abuse victims while also offering keen insight into the mind of a pedophile, this documentary is terrifying and thought-provoking in equal measure.

The documentary is Executive Produced by Emily Kincaid and Stephanie Tobey.