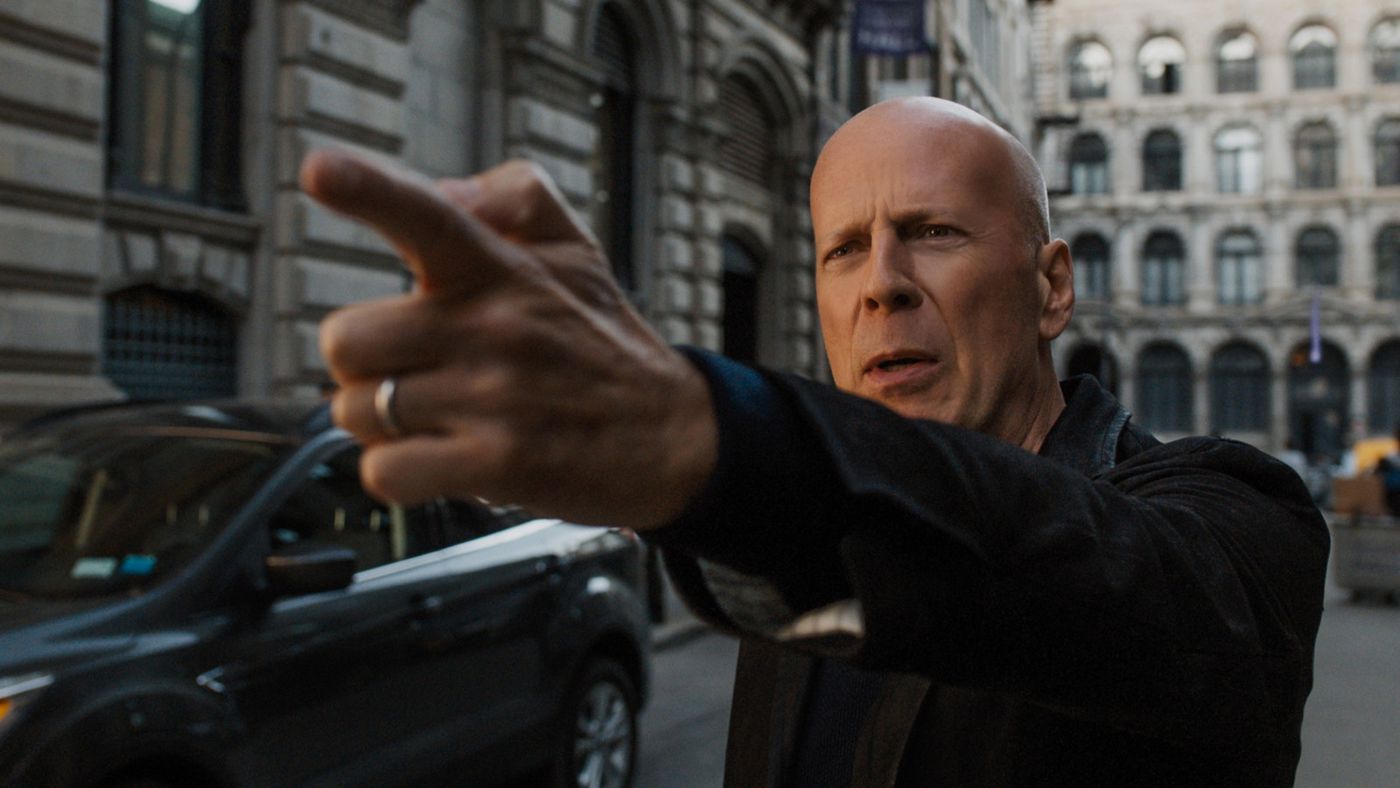 Stepping into the hard-to-fill shoes of screen legend Charles Bronson, Bruce Willis plays a Chicago surgeon who embarks on a violent rampage against the thugs who assaulted his wife and daughter in “Death Wish,” a grotesque, clumsily plotted and poorly timed action thriller that doesn’t hold a candle to the original, costarring Dean Norris, Vincent D’Onofrio and Elisabeth Shue.

Written by Joe Carnahan, known for gritty genre pics like “Narc” and “The Grey,” and directed with reckless abandon by horror maestro Eli Roth (“Hostel,” “The Green Inferno”), this reboot of the classic 1974 revenge flick embraces its antihero’s indiscriminate killing in a way that, in today’s gun crazy environment, is deeply unsettling. Populated by stereotypical one-note characters, action scenes solely motivated by gross-out gore, and the kind of hammy acting only achievable through depthless characterization and misguided direction, even for trashy genre film standards,  “Death Wish” falls short of audience expectations. For those purely in the marketplace for a hyper-violent thriller with no shortage of action set pieces, “Death Wish” may very well suit your needs, but for those looking for a more well-rounded moviegoing experience, it’s best to steer clear of this careless endeavor.

In “Death Wish,” Willis plays Paul Kersey, a well-to-do ER surgeon at Chicago North Hospital. When Paul isn’t saving victims of the city’s notorious gang violence, he lives a peaceful suburban life with his wife (Elisabeth Shue) and college-bound daughter (Camila Morrone) in nearby Evanston. One night, while Paul is working a night shift, the Kersey’s happy home is invaded by three masked goons, and the crime takes a turn for the tragic, leaving Paul’s wife on the coroner’s slab and his daughter in a coma.

Following some consolation from his younger brother Frank (Vincent D’Onofrio), Paul presses lead detective Rains (Dean Norris) and his partner Jackson (Kimberly Elise) to solve the case, but when it becomes clear that the police are backlogged with unsolved murders, the grieving father decides to take justice into his own hands. After obtaining a gun and training himself with the help of YouTube instructional videos, Paul proceeds to wipe the city clean of its criminal element, leaving a pile of dead bad guys in his wake, all in an effort to track down the ringleader of the home invasion – a mysterious thug named Knox (Beau Knapp). 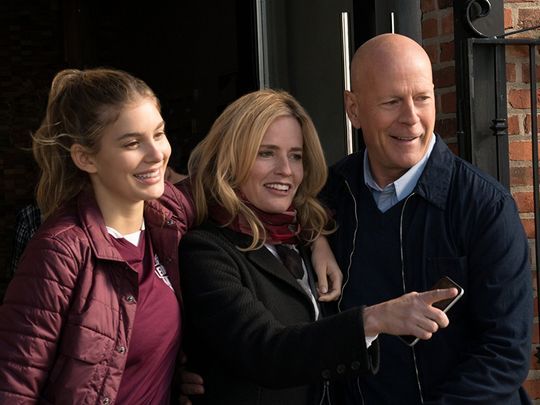 In a halfhearted effort to put a modern spin on the original film, itself based on Brian Garfield’s 1972 novel, Joe Carnahan’s screenplay incorporates cell phone videos and social media posts into the proceedings, using those platforms to both establish The Grim Reaper’s public support and to pressure the police into solving the case. Unfortunately, not only do these efforts come across as a lazy plot device, they run counter to the anti-violent public sentiments of today, as most rational individuals denounce gun violence, not support it. Also, whereas the original emphasized general vigilantism, with Bronson taking on any mugger or evildoer in sight, Carnahan’s interpretation sends Willis’ Kersey on a much more personal and single-minded mission to find his wife’s killer, which should work in the story’s favor but in this case definitely does not. Director Eli Roth’s guts-and-gore approach to the action scenes draws laughs and screams in equal measure, and while it is possible to put aside one’s moral reservations in favor of cheering on Willis’ killing spree, as some did at the screening I attended, it doesn’t excuse the lack of originality or many other cinematic flaws on display.

There is very little to impart about the acting of “Death Wish,” except to say that it is not particularly good. Judging by the “emotional scenes” of this film, and by that I mean the moments when the lead character Paul Kersey is asked to simulate human emotions like grief and anger, one is forced to conclude that either Bruce Willis has lost his capacity to hit these notes or he sleepwalked through the production. Yes, he can still barrel his way through an action scene and deliver deadpan one-liners with the best of them, but there is virtually no depth to speak of in his “Death Wish” performance. As for the others, acting vets Elisabeth Shue and Vincent D’Onofrio are both wasted in thankless roles as Kersey’s victimized wife and supportive younger brother, Dean Norris scores a few chuckles but mostly services the plot as a beleaguered detective drowning in unsolved crimes, and Beau Knapp is similarly acceptable as the absurdly diabolical antagonist Knox.

Better to revisit the OG Charlie Bronson version than subject yourself to this ridiculous reboot.