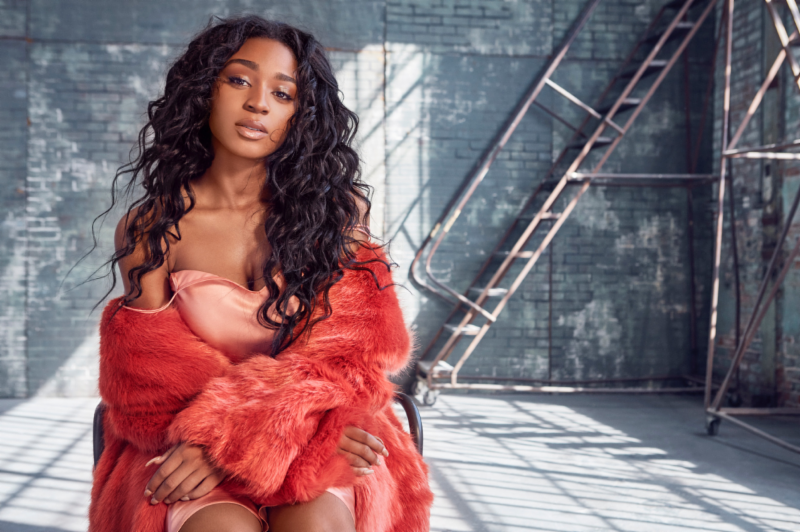 Normani began “owning 2018” (Billboard) when she released her hit solo debut single “Love Lies” with Khalid earlier this year. Earning her first #1 as a solo artist with “Love Lies” in September, Normani held the #1 spot at Top 40 radio in the US for two consecutive weeks and has spent 36 weeks on the Billboard Hot 100 (#10). Normani “continues to prove her prowess as a solo star” (Rolling Stone) with her recently released collaboration with Calvin Harris. The collaboration with Calvin Harris features two tracks, “Checklist” feat. WizKid and “Slow Down,” which have been streamed over 10 million times combined in their first week and “both are showcases for Normani's vocals to take center stage” (MTV). The two tracks with Calvin Harris are Normani’s latest in an impressive list of collaborations she’s released this year. In a feature with The FADER this summer, they stated, “the list of people lining up to work with her is insanely impressive.” In addition to Calvin Harris and Khalid, that list of collaborators also includes Quavo (“Swing” feat. Davido), Jessie Reyez and Kehlani (“Body Count” Remix). It was also recently announced that Normani is nominated for “Best New Artist” at this year’s Soul Train Awards.

Food & Drinks
What Are The 10 Worst Halloween Candies?