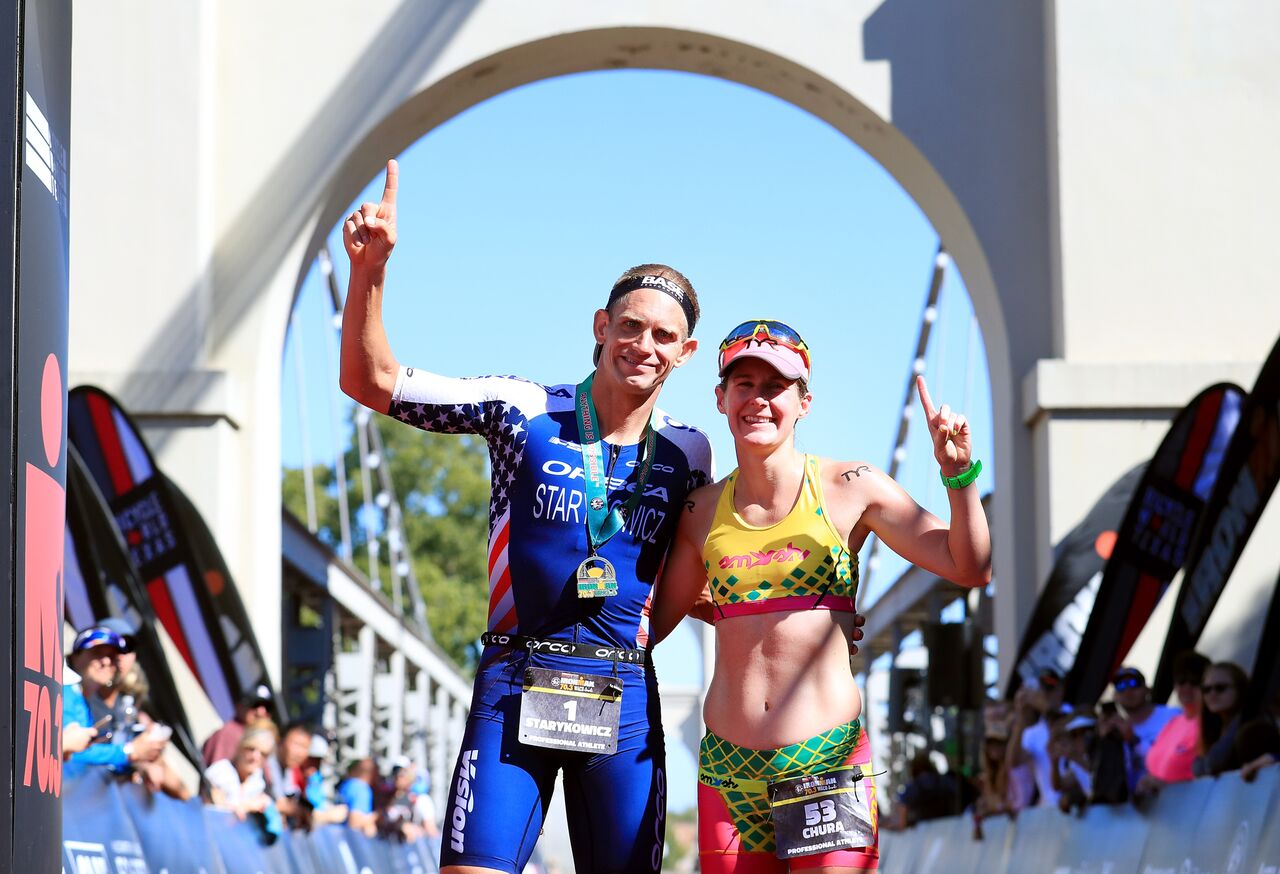 In the heart of Central Texas, Waco played host to athletes from around the world today at the 2018 Bicycle World Texas IRONMAN® 70.3 Waco triathlon. Andrew Starykowicz (USA) took the top honors behind a strong bike performance with a finishing time of 3:21:40 while Haley Chura (USA) finished first for the women in 3:45:48.

In the men’s race, TJ Tollakson (USA) finished only 11 seconds behind Starykowicz in second place with 3:21:51 while Joe Gambles (AUS) had the fastest run of the day and rounded out the podium in a time of 3:22:29. In the women’s race, Alicia Kaye (USA) took second place finishing in a time of 3:50:11 while newcomer Chelsea Sodaro (USA) came in third with 3:53:25.

Prior to the start of the 2018 Bicycle World Texas IRONMAN 70.3 Waco triathlon, IRONMAN and local city officials made the decision to cancel the swim portion of the event due to rate of water flow. This was a direct result of the abundance of rain creating additional flow with a rate higher than the limit deemed safe for swimming in the Brazos River. The race saw over 2,300 athletes start the race representing 20 countries and 45 states and competitors ranging in age from 18-80 years old. The bike-run event led athletes along a 56-mile bike and 13.1-mile run throughout Central Texas. The event offered a professional prize purse of $25,000 and 30 coveted age group qualifying slots to the 2019 IRONMAN 70.3 World Championship, taking place in Nice, France.