In response to the recent events in their hometown of Charlottesville, VA, Dave Matthews Band will host an evening of music and unity that is FREE for members of the Charlottesville and University of Virginia communities. 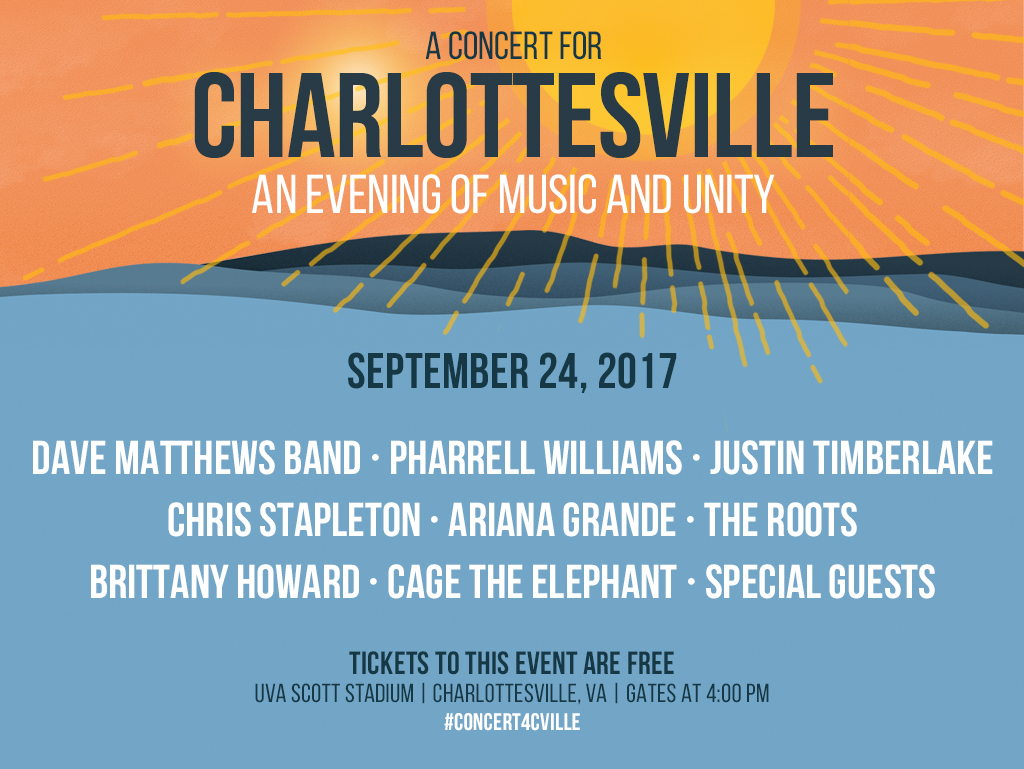 The event - produced by Live Nation, Starr Hill Presents and the University of Virginia will be livestreamed to a global audience through a media partnership with Oath (a subsidiary of Verizon).

The event, hosted by Dave Matthews Band, will be held in their hometown at the University of Virginia's Scott Stadium. Fans can tune in at musicandunity.tumblr.com beginning at 5:55 PM ET on Sunday, September 24, 2017, as well as via other Oath brands including HuffPost.com, Aol.com, Yahoo.com, BUILDSeries.com, and on other social media platforms.

The livestream will be co-produced by Oath Studios furthering Oath's commitment to bringing live experiences that drive community to users around the world, and will be directed by Brett Ratner, award-winning film director and producer.