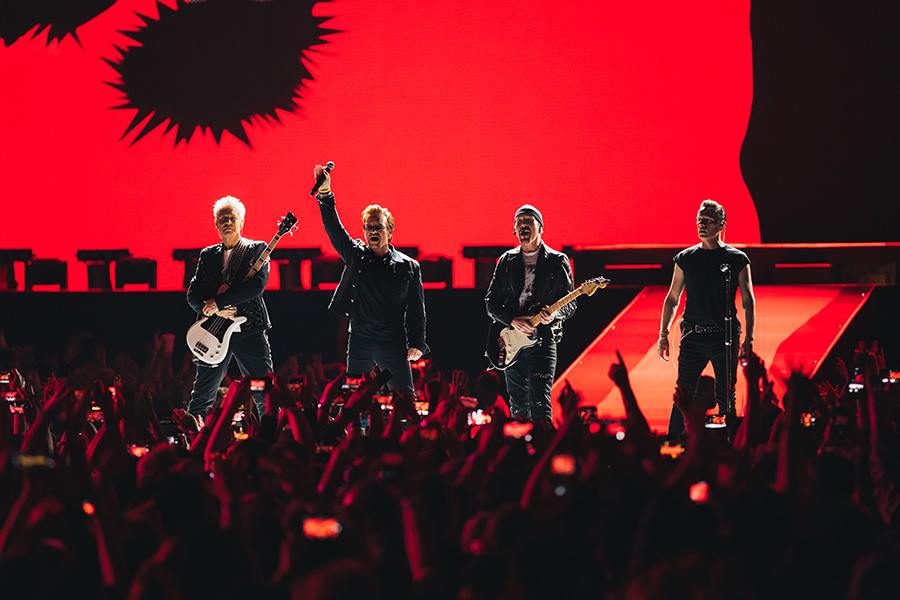 The Joshua Tree Tour 2017, produced by Live Nation Global Touring, opened May 12th at BC Place in Vancouver and made its U.S. debut May 14th at CenturyLink Field in Seattle—the latter kicking off some of the most enthusiastic critical notes in the history of U2's relationship with America. Rolling Stone hailed the band as "a live act simply without peer,"USA Today noted "Thirty years can't dull searing music, hopeful lyrics or the captivating Irish band behind them," while The New York Times added "For the performance of The Joshua Tree... the band members took places on the full-sized stadium stage. They were ascending the way their career did… The band was dwarfed, but the music wasn't. Larry Mullen Jr. on drums, Adam Clayton on bass and the Edge on guitar tore into the urgent rhythmic flux of 'Where the Streets Have No Name.' Against the craggy postpunk groove of 'Bullet the Blue Sky,' both Bono's falsetto and the Edge's guitar leads were keening sirens."