Marvel’s most eccentric band of misfits are back for another round of space misadventures in “Guardians of the Galaxy Vol. 2,” a sufficiently entertaining followup to the box-office-smashing original starring Chris Pratt, Zoe Saldana, Dave Bautista, Michael Rooker and the voices of Bradley Cooper and Vin Diesel. 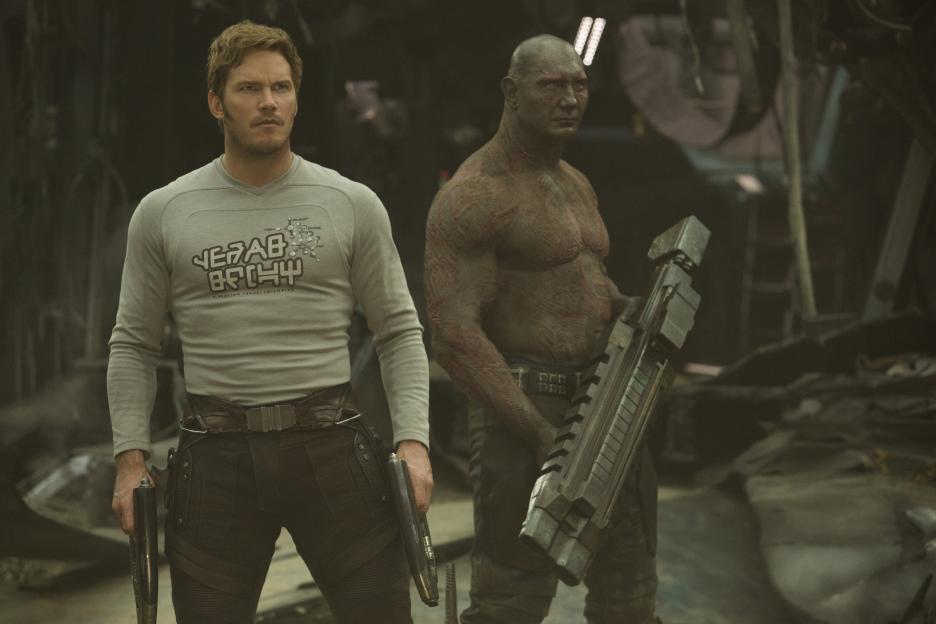 Also returning for more intergalactic escapades is writer-director James Gunn, who expands the mythology of this thriving franchise while delivering an action-packed piece of popcorn entertainment tailored to fans of the original. With an engaging enough storyline that finds our unlikely superheroes hopscotching from planet to planet in an effort to uncover Peter Quill’s real father, Gunn’s screenplay boasts some strong character development and truly imaginative action sequences, even if the galaxy-saving heroics grow a bit exhausting with its extended running time. Audiences who responded to the original’s exceptional blend of action and humor will want to sign up for this latest space odyssey.

After a hilarious and perfectly tone-setting opening credit sequence, the sequel picks up where “Guardians of the Galaxy” left off, as Peter Quill aka Star Lord and his oddball guardian gang – Gamora (Zoe Saldona), Drax (Dave Bautista), Rocket (Bradley Cooper) and Baby Groot (Vin Diesel) – bask in their newfound fame from saving Xandu. Following a battery stealing mishap, the guardians’ ship is shot down by Ayesha (Elizabeth Debicki), the Sovereign race’s leader, and crash-lands on unfamiliar terrain. Ayesha then hires Star-Lord’s adoptive father Yondu (Michael Rooker) and his fellow Ravagers to capture the guardians, but after showing concern for Quill, Yondu is imprisoned by his mutinous lieutenant Taserface (Chris Sullivan).

Meanwhile, the guardians come in contact with none other than Peter Quill’s long-lost father, Ego (Kurt Russell), a “Celestial” who is actually a planet but assumes human form in order to communicate. But after some father-son family bonding wherein Ego teaches Quill how to access the almighty Celestial power, Quill’s shady family history comes into focus and it soon becomes clear that Ego’s intentions aren’t nearly as benevolent as they seem. 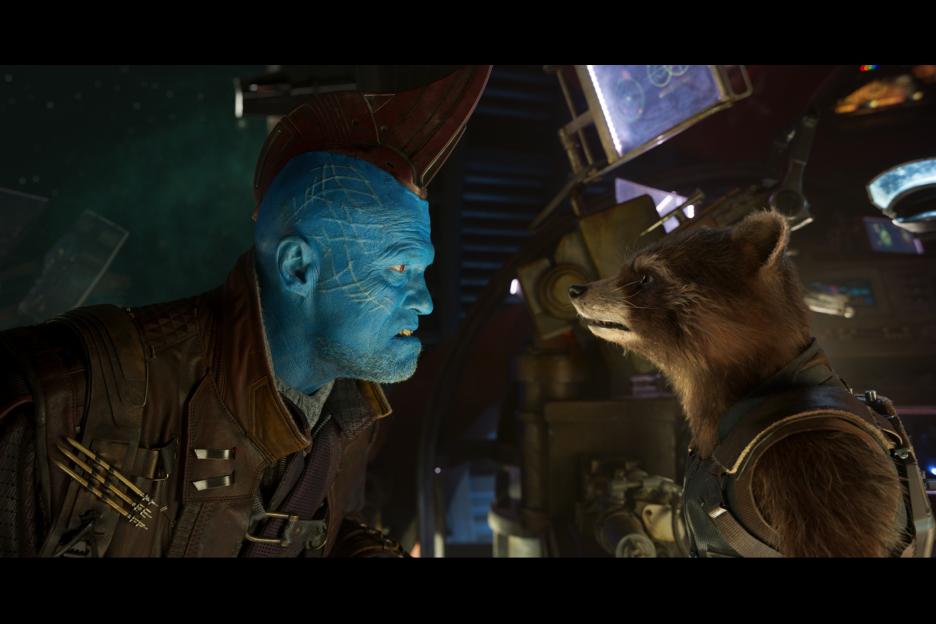 As Star Lord and the gang try to stop Ego from carrying out his diabolical plot, Drax gets cozy with an empathic alien (Pom Klementieff), Gamora and Nebula (Karen Gillan) continue their sisterly feud, Rocket displays his fondness for explosives, and Baby Groot does adorable things you couldn’t possibly disagree with.

Much like the first installment, writer-director James Gunn nicely navigates that tricky blend of action, humor and heart that makes it such a unique and crowd-pleasing franchise. Also like the original, Gunn’s use of music in “Vol. 2” is not only playful but truly inspired, utilizing an essential rock soundtrack that the characters enjoy as much as the audience. Gunn’s script also adds some dimensions to the Guardian’s universe by expanding on each character’s backstory and further cementing their familial bond. That said, in a film like “Guardians,” action always takes precedence over character development, which is just fine when it yields the kind of mind-blowing sequences on display here. 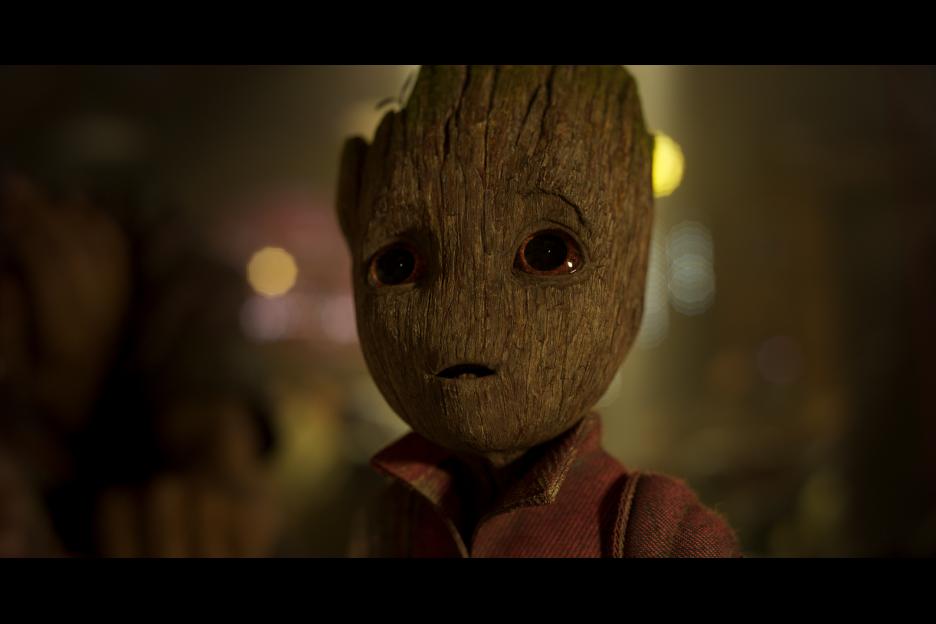 Of course, the success of the “Guardians” franchise largely rests on the shoulders of its charismatic protagonist Chris Pratt, who is fast becoming one of Hollywood’s go-to leading men for action films, and deservedly so. Returning Guardians Dave Bautista, Zoe Saldana, Bradley Cooper and Vin Diesel all deliver agreeable performances, with Cooper’s Rocket landing the most laughs and Michael Rooker’s portrayal of Yondu standing out for its surprising emotional depth. Kurt Russell also proves a vital addition to the cast as Star Lord’s true father, and Sylvester Stallone makes a welcome cameo as Stakar Ogord, a Ravager leader who shares some history with Yondu.

A satisfactory sequel that will undoubtedly reap box office riches, “Guardians of the Galaxy Vol. 2” wins audiences over with its quirky characters and space shenanigans.