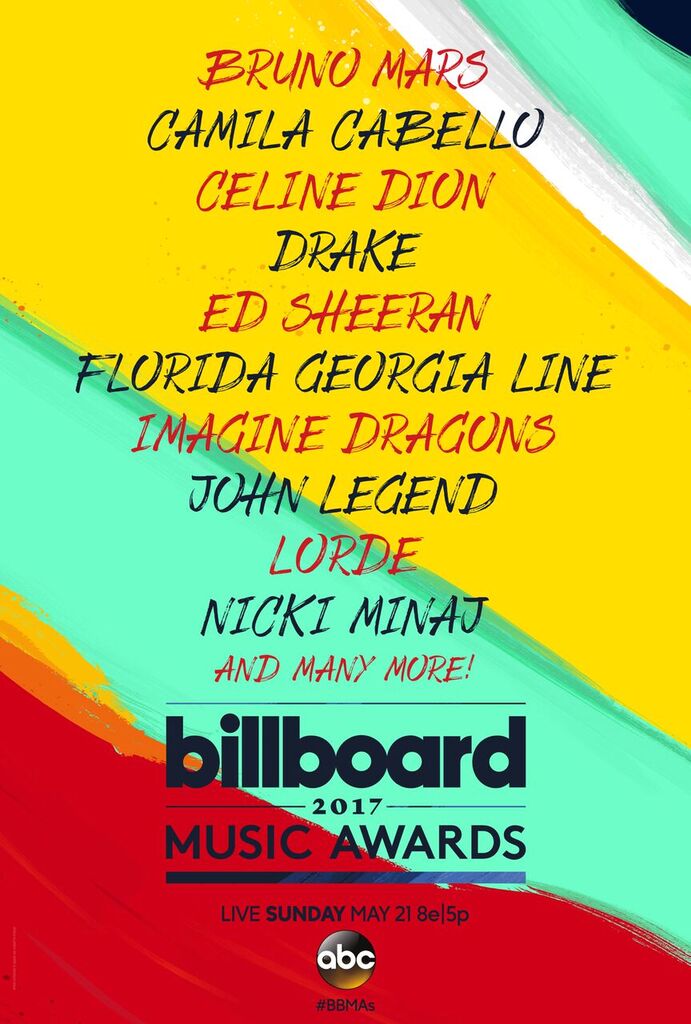 It's looking to be a star-studded night for the 2017 Billboard Music Awards.

Fans can still vote online and on Twitter for Billboard Chart Achievement Award Presented by Xfinity and Top Social Artist Presented by ION360. Voting for both categories will remain open until May 21, 2017 at 9:00 p.m. EDT / 6:00 p.m. PDT (one hour into the live broadcast).

“T-Mobile Magenta Carpet Live at the BBMAs,” the official pre-show for the “2017 Billboard Music Awards,” will be LIVE from the Magenta Carpet at T-Mobile Arena in Las Vegas on Sunday, May 21 from 6:00 p.m. – 8:00 p.m. EDT / 3:00 p.m. – 5:00 p.m. PDT. The two-hour pre-show will be available worldwide to logged-in and logged-out audiences on Twitter and connected devices, and can be found at BBMAs.twitter.com or via @BBMAs. Sirius XM’s Sway Calloway, Jessie James Decker, AJ Gibson, Jeannie Mai and Shane Harper will host the T-Mobile stages, while Chris Daughtry and Laura Marano will host the Xfinity Stage.