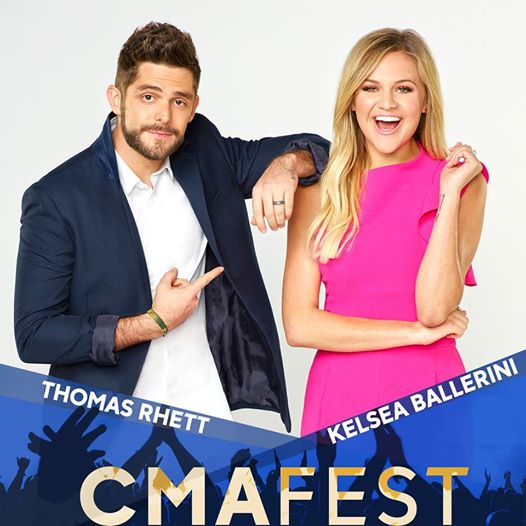 The CMA Music Festival will be hosted by two of country music’s hottest stars, Kelsea Ballerini and Thomas Rhett.

The pair will team up to host “CMA Fest 2017,” the three-hour special that brings country music’s most storied festival to a national television audience this summer on The ABC Television Network, executive produced by Robert Deaton.

The announcement that Ballerini and Thomas Rhett would serve as hosts this year was made Thursday morning on ABC’s “Good Morning America.”

“I’ve grown up going to CMA Fest as a fan, and last year, getting to perform on the big stage, was one of the most epic memories I’ll ever have,” said Ballerini. “And now, being able to host with my current tour mate Thomas Rhett is just going to be another crazy thing off the bucket list. I can’t wait to test out my hosting skills and perform again this year!”“

“I always look forward to CMA Music Fest,” added Thomas Rhett. “Ever since I was there as a fan sitting in the nosebleeds to hosting this year with Kelsea, it’s always been one of the biggest weeks in country music that is all about the fans. I’m pumped.”