Bob Seger Teases New Album "I Knew You When" 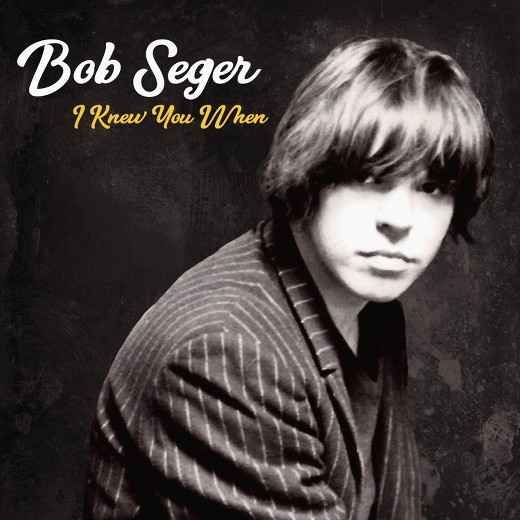 Bob Seger offered fans a glimpse of his new album, "I Knew You When," on Facebook today by posting a teaser video featuring five songs from the album: "Busload of Faith," "I Knew You When," "Blue Ridge," "Democracy" and "Gracile."  The album will be available in stores and via streaming services this Friday, November 17th.

"I Knew You When" finds Seger reflecting back with appreciation on lifelong relationships forged early on in his career, including his long-time friend Glenn Frey who he met the year the album cover photo of Seger was taken.  The album, which he dedicated to Glenn, features other dedications, including Seger's cover of Lou Reed's "Busload of Faith" and a timely cover of Leonard Cohen's "Democracy."

To celebrate the release, fans can pick up the album as part of specially priced premium bundles available exclusively at www.bobseger.com. With the new album Bob Seger and Capitol mark their 49th year, extending Seger's record as the longest tenured solo artist in the storied label's history.  Seger has been inducted in both the Rock & Roll Hall of Fame and the Songwriters Hall of Fame and was honored with Billboard's "Legend of Live" award at the 12th annual Billboard Touring Conference & Awards in 2015 for his significant and lasting impact on the touring industry.

Bob Seger has earned 13 platinum and 7 multi-platinum RIAA Certified sales awards, including his studio albums "Beautiful Loser," "Night Moves," "Stranger In Town," "Against The Wind," "Like A Rock," "The Distance, "The Fire Inside," "Face The Promise" and his double live albums "Live Bullet" and "Nine Tonight."   Earlier this year, Seger's "Greatest Hits" album was certified diamond by the RIAA for achieving 10 million units sold in the U.S.

Bob Seger is pleased to report that his recovery from surgery last month is progressing very well.  The surgery interrupted Seger's highly successful Runaway Train Tour - putting it on hold after 13 consecutive sold out shows.  Rescheduled dates are being mapped out for a coast to coast reboot of the tour this Spring.    Live Nation will have more details in the coming weeks.