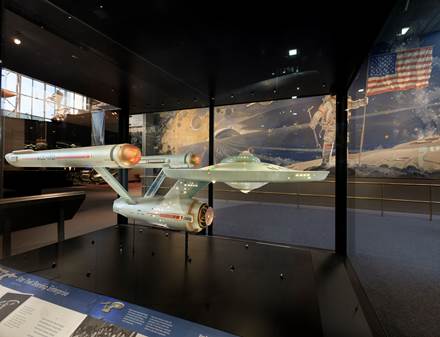 Smithsonian Channel will celebrate the 50th anniversary of Star Trekwith a two-hour special that will take a look at the lasting influence the original Star Trek series has had on the world. BUILDING STAR TREK will premiere Sunday, September 4 at 8 p.m. ET/PT on Smithsonian Channel.

When the series debuted on September 8, 1966, the world was introduced to a number of alien concepts, such as hand-held communication devices, desktop computers, space shuttles, touch screens, and more. Star Trek’s visionary creator was remarkably able to conceive of a world so different from his own that the series would go on to have a profound legacy in television history.

The two-hour special also profiles a new generation of engineers and scientists who are making Star Trek’s visionary technology real, pushing the boundaries of physics with inventions first conceived on the iconic series: warp drives, medical tricorders, cloaking devices and tractor beams. Proving that one TV show has truly gone where no man has gone before, BUILDING STAR TREK will showcase clips from the original series that highlight each scientific innovation and the new technologies that have inspired generations.