'House of Lies' Will See Its Final Season Starting June 13 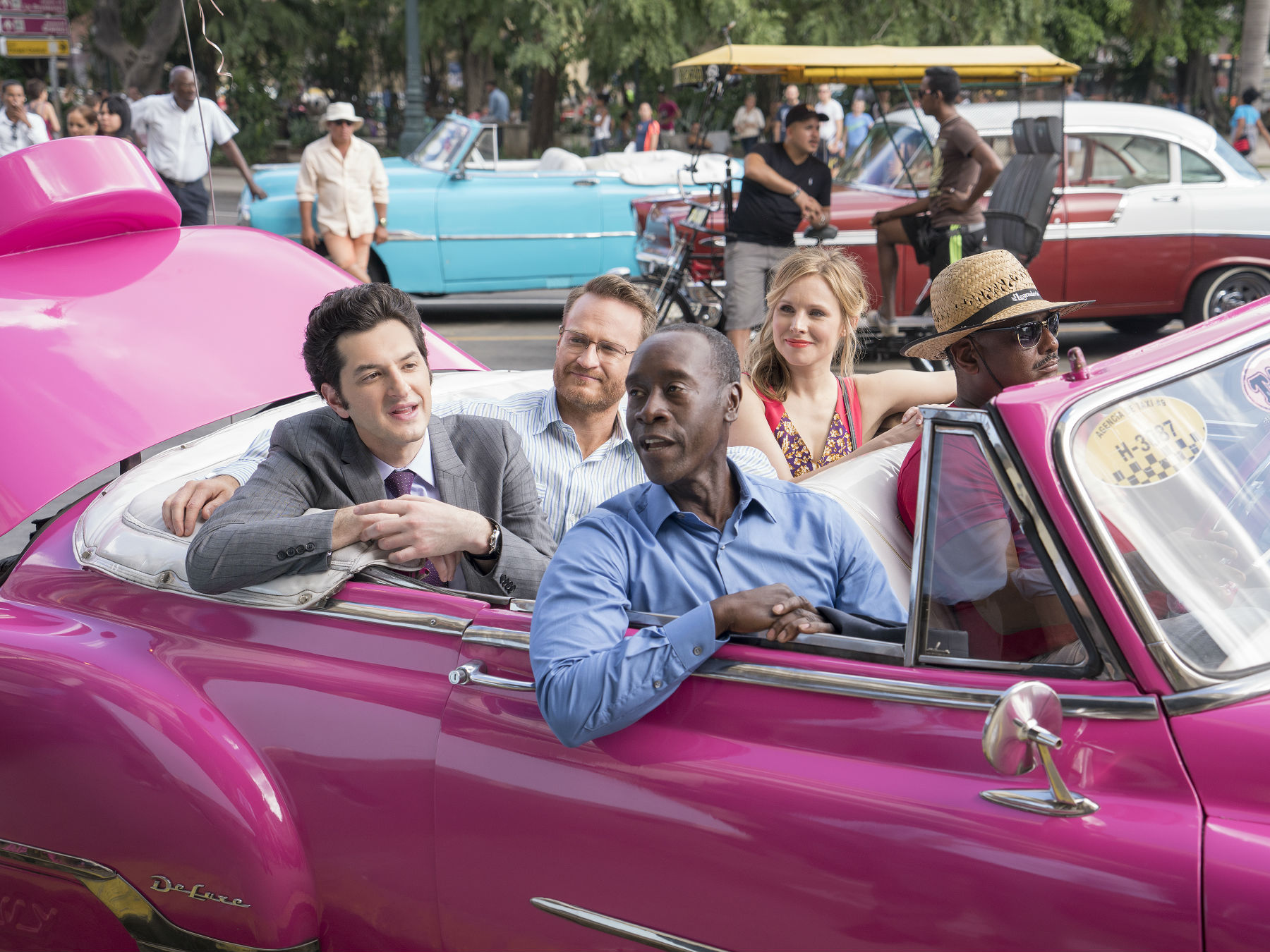 On Sunday, June 13th at 9 p.m. ET/PT, your favorite corporate sharks will board their last flight, in grand, historic style, to Havana for the conclusion of the SHOWTIME comedy series HOUSE OF LIES.

For five seasons, fans traveled with Marty, Jeannie (Bell), Clyde (Schwartz) and Doug (Lawson) as they criss-crossed the globe manipulating hard-earned (well, usually inherited, sometimes stolen) bucks from powerful CEOs. Under Marty’s leadership, the Pod, as they became affectionately known, went from fleecing millionaire moguls to skewering billionaires with an unwavering eye on their end-state vision (or, ultimate goal for non-management rookies): global domination. Along the way, Marty and Jeannie went from business associates to lovers to adversaries and back again, ultimately landing on amicable co-worker/co-parents to their baby girl.

All the while, wisecracking Clyde and insufferable yet sweet Harvard MBA Doug fought and squabbled over the number three spot (and, ultimately, for partnership) at Kaan & Associates. They frequently banded together against Marty’s ex-wife and business foe Monica (Dawn Olivieri) as she lurched between wanting to bed him, kill him and steal all his clients. On the home front, sage advice from live-in psychologist dad Jeremiah (Turman) helped Marty lead son Roscoe (Leonard Jr.) through the discovery and celebration of his gender fluidity and maturation into a self-assured, fashion-forward teenager. As we conclude the series, the Pod is assessing their personal portfolios: in their constant quest for the almighty dollar, how much is enough? How much money buys happiness and at what cost?