"Basically, I’m just trying to eat. I’m trying to get paid to eat." 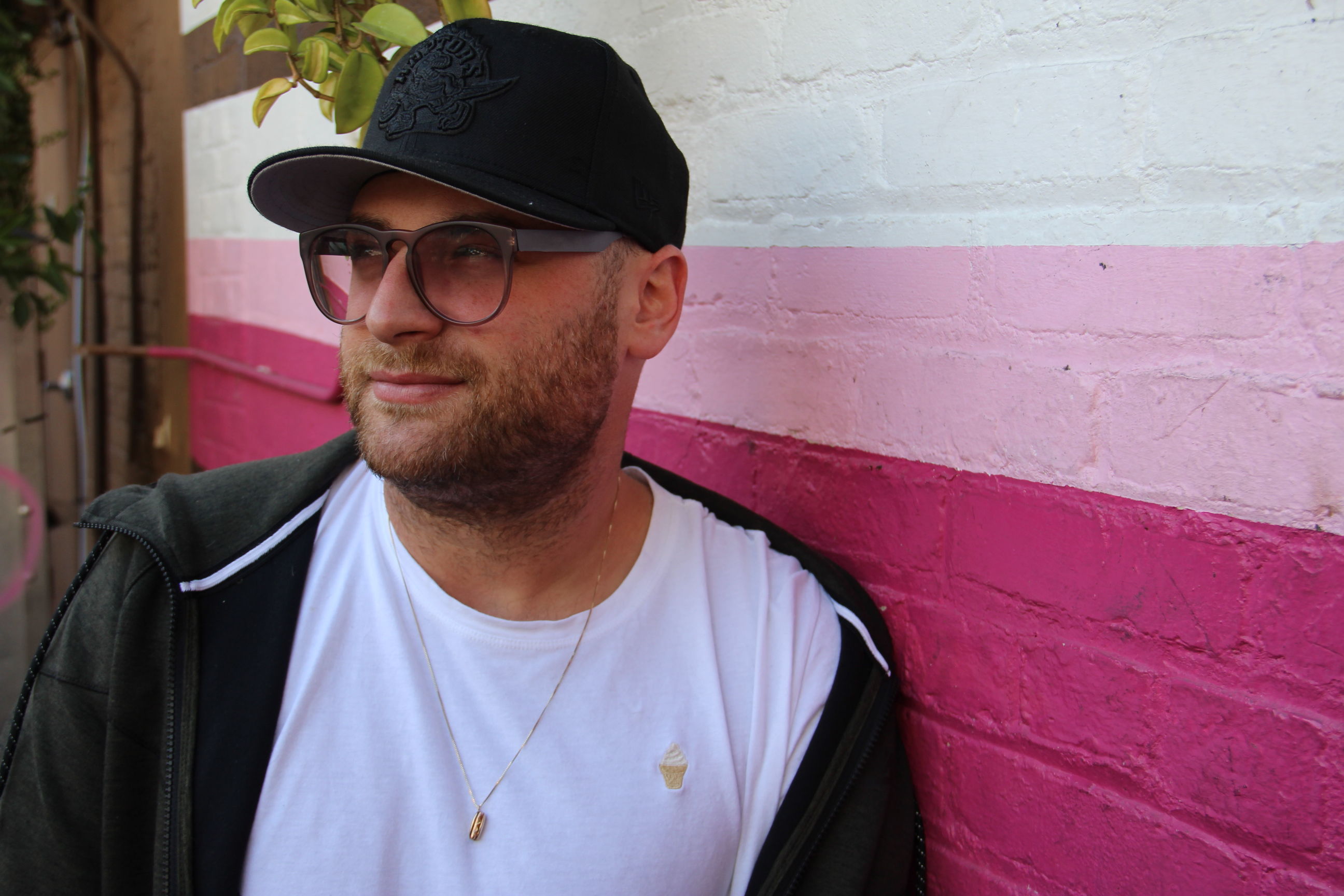 Food culture on social media is an entity unto itself. It's practically its own political party.

Donuts covered in Lucky Charms, cheeseburgers with oreos, sushi rolls for days. Instagram profiles with delectable food photos have created stars and restaurants are lucky if they can get a tag or a mention from them.

Jeff Danson, aka Heavvy is a rising name in the foodie realm and he's unlike any other. Why? Some might call the commentary to his food photos a bit offensive... but that's just because he loves food SO much, he compares a mouth-watering burger or a stack of pancakes to a hook-up.

In all seriousness, Danson was born to be a foodie. Growing up in Toronto, his family owned a catering business and the successful restaurant in Hamilton, Ontario called the Chicken Roost.

"Knowing what goes into it [food business], I respect, love and want to be around food," Danson told me as we dined on a stick of Thai chicken satay at Hollywood's famous Sunday Farmer's Market.

"Food and comedy are my two favorite things to do," he added. And so that's what Danson does. He shares his food adventures and stand-up sets with the world.

"I dropped out of school… started doing stand-up and blogging about food. When I would write about food, it was different," he said.

(Jeff compares a burger to a summer camp crush)

"I was never really good at writing grammatically. Everything was transitioning from blogging to video content, so I started taking photos for Instagram and creating content that was essentially a show."

That very show was eventually sold to MTV and helped Danson to get his working papers here in the U.S. This summer he will embark on a 17 city bus tour with Pete Davidson and Thursday March 10th marks the official launch of the Heavvy collection, a line of adorable food jewelry (14k gold+) and clothing.

As we talked and walked through the market, Danson gave me a Heavvy education..

Five years ago I started making jewelry. I made a burger with yellow, gold burger buns, rose patties and diamond sesame seeds. The necklace fell off of my neck right here at this very corner! I couldn’t afford to make it but over time I started re-making the jewelry. I found food clothing to be loud and obnoxious. I can’t wear a sweater covered in burgers so I wanted to make something more subtle and tasteful. They’re manufactured in Toronto and Tel Aviv, where my partner is based.

Who is your partner?

Edan Diamonds. We grew up together in Toronto. He does beautiful engagement rings and jewelry. So we partnered together. All of the Heavvy pieces are handmade: pizza, ice cream, french fries and burgers.

What’s your take on food culture today, specifically all of the food photo accounts on instagram?

Where do you want the brand to go from here?

The brand is now fully functional. I’m going to start something called, Heavvy Brunches, which will be the last Sunday of every month with influencers, celebrities, etc. at someone’s home where we can eat brunch and create awareness for the brand. I want to feed the hungry. A portion of every single sale of the clothing and jewelry goes to the hungry.

Right now I’m working with the Daily Bread Food Bank in Toronto, which is a food bank I’ve always supported. 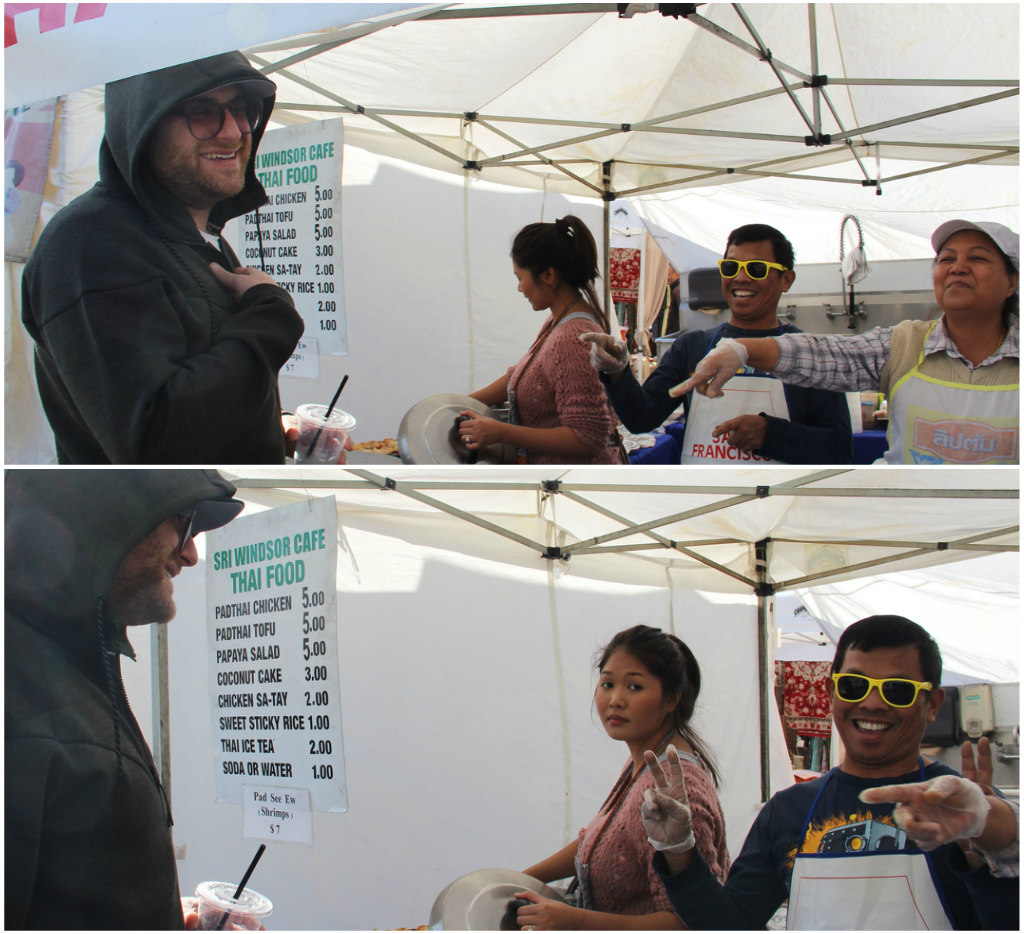 Rao’s… for the meatballs.

Jon & Vinny’s… for their rockin’ Fusilli.

Sapp Coffee Shop… one of my favorite places.

Sugarfish or Nobu… for reliable sushi, Joan’s On Third, Salt’s Cure, The Fountain Room at the Beverly Hills Hotel. 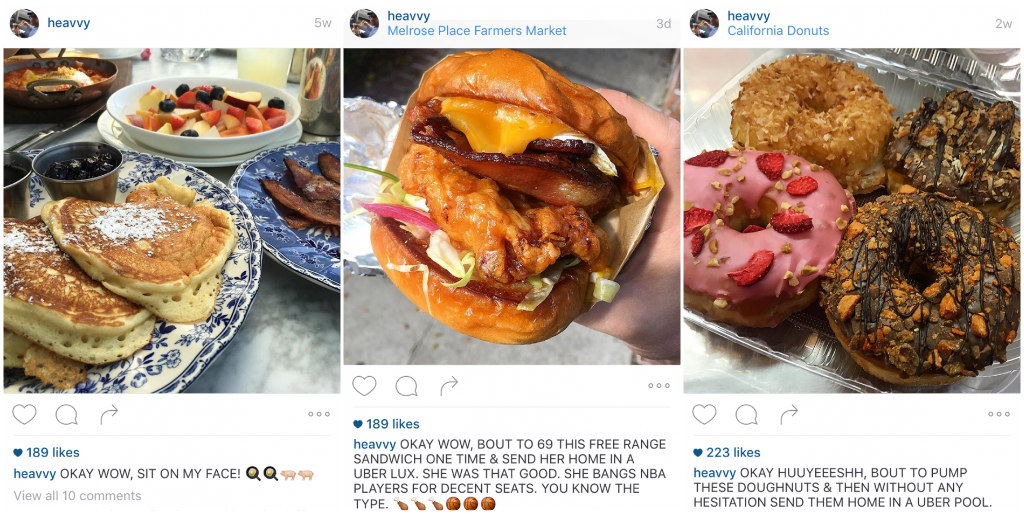 L. A. Glam
Jewelinx Will Help You Organize In Style