Movie Review: Bullets Fly While Logic Falls in ‘The Accountant’ 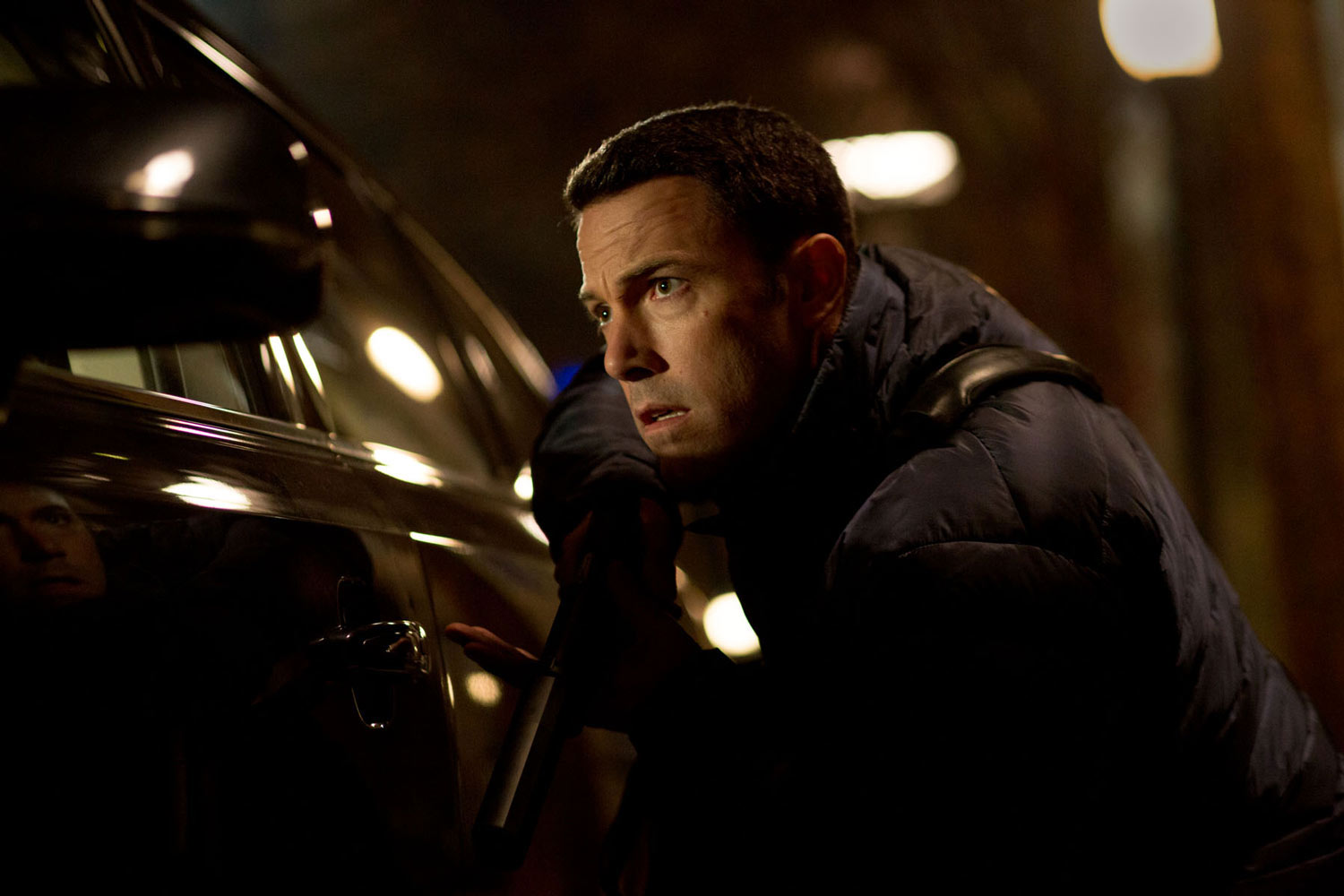 Ben Affleck sizzles as a book-cooking math savant with some serious skeletons in his closet in “The Accountant,” an indisputably entertaining, if logically challenged, crime drama and action thriller hybrid costarring Anna Kendrick, J.K. Simmons, Jeffrey Tambor and John Lithgow.

Directed with bullet spraying bravado by Gavin O’Connor from a twisty but borderline incoherent script by Bill Dubuque (“The Judge”), “The Accountant” excels as pure popcorn entertainment even though its convoluted backstories and many plot holes will surely leave some moviegoers bewildered. A romantic subplot involving Anna Kendrick as a junior accountant at a robotics company fails to resonate, and frequent flashbacks to the protagonist’s mysterious past are puzzling where they should be illuminating, but Ben Affleck so fully commits to his unconventional character that the script’s weaknesses are masked by the pure joy of watching him quirk out and waste bad guys. 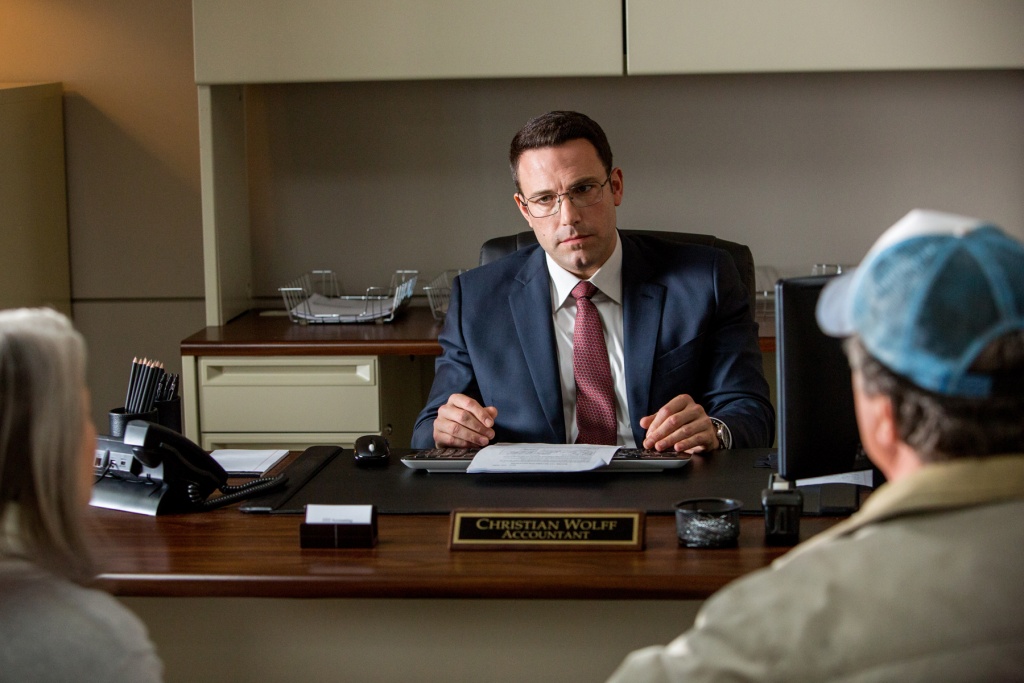 In the film, Affleck plays Christian Wolff, an autistic accountant with supreme number crunching skills but crippling social ineptness. A seemingly ordinary CPA running a respectable practice out of a strip mall in suburban Chicago, Wolff actually doubles as a freelance accountant for some of the world’s biggest underworld organizations. Oh, and did I also mention that he’s a lethal killing machine with excellent marksmanship and a mastery of an Indonesian style of martial arts called pentjak silat? Yep, one of those guys.

Although Wolff has successfully eluded authorities thanks to using multiple aliases and extreme caution, a moral breach forces him to exercise his killer training on the Gambino Crime Family, which attracts the attention of Ray King (J.K. Simmons), an agent with the Treasury Department’s Crime Enforcement Division. Desperate to uncover his identity after trailing Wolff for years, King handpicks promising young analyst Marybeth Medina (Cynthia Addai-Robinson) to spearhead the case.

While Medina makes strides in cracking the case, Wolff is hired by Living Robotics, a state-of-the-art prosthetics company, to unravel a major bookkeeping error first discovered by the company’s junior accountant (Anna Kendrick). When Wolff’s findings reveal a major scandal, it sets in motion a deadly chain of events that places him in the crosshairs of a contract killer (Jon Bernthal), a shady CEO (John Lithgow), and a mafia goon squad, all while trying to dodge those pesky treasury agents. 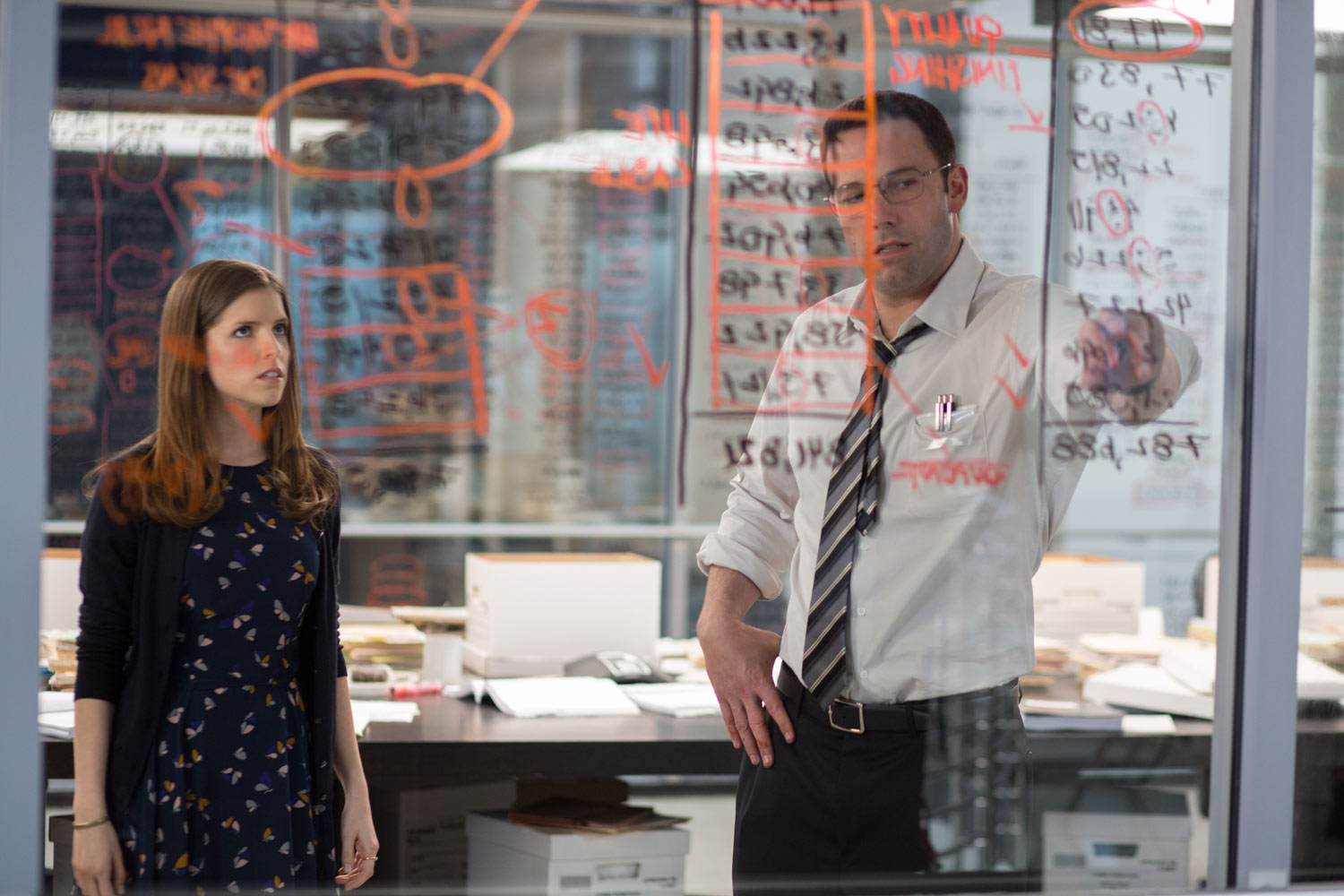 Having previously demonstrated his directorial prowess in a variety of genres, from sports pics (“Miracle,” “Warrior”) to crime dramas (“Pride and Glory”) and, most recently, the western (Jane Got a Gun”), Gavin O’Connor is a filmmaker who can certainly secure potent performances from his actors, but, as “The Accountant” makes clear, he’s at his bloody best at the helm of adrenaline-fueled action. And while O’Connor admittedly struggles with some of the screenplay’s more nonsensical elements – Wolff’s autism and ludicrous combat training register as little more than character quirks and plot conveniences – he still manages to steer this identity-challenged genre pic to glory, largely thanks to the impressively executed shootouts and fight sequences. Dubuque’s screenplay does admittedly score a few points with its slow reveals and one particularly juicy twist, but if you were to scrutinize the logic of virtually any individual element of the storyline, the whole enterprise would crumble to pieces. Thankfully, there are so many bullets and fists flying around, the flaws are fairly easy to ignore.

As the socially challenged, but mathematically gifted Christian Wolff, Ben Affleck takes the title role and runs with it, lending his star wattage and action hero bona fides to the proceedings. His character’s backstory is utterly unconvincing, and we’ve seen him hit many of these same notes before, but Affleck improves the material with a winning blend of eccentric humor and brutish toughness. With a supporting cast of similarly committed actors, Affleck finds most crucial assistance from Jeffrey Tambor as his underworld accountant mentor, J.K. Simmons as a dedicated treasury agent hell-bent on exposing The Accountant’s identity, and Jon Bernthal as a lethal assassin who may be closer to his target than he realizes. Anna Kendrick also elevates what is otherwise a fairly thankless love interest role, and John Lithgow is appropriately menacing as a two-faced CEO.

“The Accountant” is a perplexing puzzle that may be missing a few pieces, but is still a lot of fun to put together.

Rated R for strong language and violence throughout.

FYI
Volkswagen Debuts Its Future With A Throwback Drive-In Movie