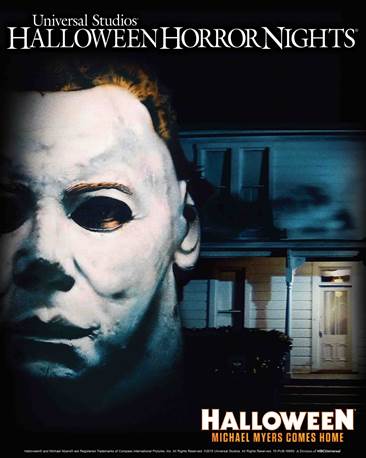 Guests will have the sensation of stepping through the silver screen directly into unsettling and shocking film scenes as they navigate their way through Haddonfield, adorned in classic Halloween décor on a similar Halloween night in 1963.  Meyer’s abandoned family home and its blood-splattered walls, where the violent murder took place, will set the stage for a new crime scene as guests attempt to evade the relentless killer--armed with his signature bloodstained knife.