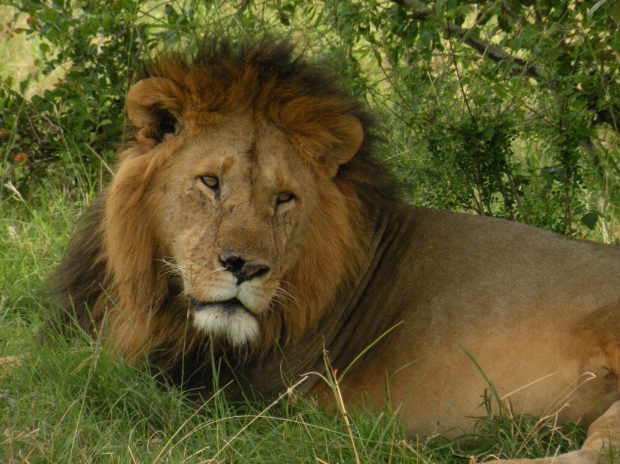 Photo: Not of subject - Morgue File

Less than a week after the tragic killing of Cecil the Lion, her brother Jericho has been killed. Zimbabwe Conservation Task Force's chairman confirmed to USA TODAY that Jericho was killed by a hunter on Saturday.

Walter James Palmer, a dentist from Minnesota paid an alleged $50,000 to hunt Cecil. As Jericho was protecting Cecil's cubs, he was hunted down.

Zimbabwe Parks made the following statement:

Ladies and gentlemen I make this statement with great sadness following the loss of an iconic attraction Cecil, the lion which we had successfully managed to look after both in terms of conservation and protection from a cub to a fully grown lion of 13 years. This is a lion we have been using for the purposes of research to monitor its movement patterns within the range of Hwange National Park and its surrounding areas.

The Government of Zimbabwe through the Parks and Wildlife Act Chapter 20:14 is mandated to manage and conserve wildlife in the country. This function is exercised through the Zimbabwe Parks and Wildlife Management Authority, whose main mandate is to conserve Zimbabwe’s wildlife heritage by ensuring that there is sustainable utilization of the natural resources. The Authority is charged with the responsibility to administer and regulate hunting, carry out antipoaching operations, carry out outreach programmes, manage human-wildlife conflicts, undertake research and to monitor programmes.

Ladies and gentlemen, on the 7th of July 2015 after receiving a tip-off, our law enforcement officers immediately started investigating the matter and discovered that on the 1st of July 2015, this lion was illegally killed by Dr Walter Palmer, a United States of America national and Theo Bronkhorst, a professional hunter with Bushman Safaris on Antoinette farm in Gwayi River Conservancy. The lion had a fitted GPS satellite collar as part of current research efforts being done in Hwange National Park and its surrounding areas. The lion was well known and regularly sighted by tourists.

Mr Honest Trymore Ndlovu owner of Antoinette farm was issued with a hunting quota for 2015 which excluded lions. Antoinette Farm is located in Gwayi River Conservancy in the Hwange Rural District and is adjacent to Hwange National Park. The professional hunter is alleged to have connived with the Antoinette land owner to kill the lion. The incident came to the attention of the Authority on the 7th of July 2015 through an informer. This was followed by an investigation which clearly demonstrated that the illegal killing was deliberate. Firstly the land owner was not allocated a lion on his hunting quota for 2015. Secondly, the use of a bow and an arrow was meant to conceal the illegal hunt by using a means that would not alert the rangers on patrol.