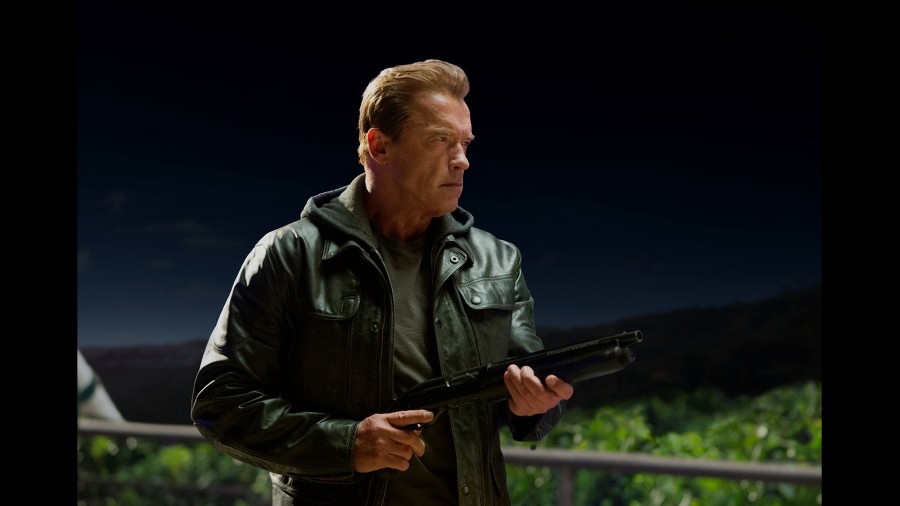 Since leaving his political post in 2011, former two-term California Governor Arnold Schwarzenegger has tested the cinematic waters, mostly with forgettable fare like “Escape Plan,” “Sabotage” and cameos in the “Expendables” franchise. Now, the A-list action star has stepped back into the role that first catapulted him to superstardom in “Terminator Genisys,” the latest addition to the massively popular franchise.

Written by Laeta Kalogridis and Patrick Lussier from characters created by James Cameron and Gale Anne Hurd, this Alan Taylor-directed fifth installment is stuffed with visual magnificence and blockbuster-worthy action sequences, all IMAX’d and 3D’d for your viewing pleasure, but never touches the bar set by its predecessors, particularly the first two. Fortunately, the strength of the action set pieces, coupled with Schwarzenegger’s full-fledged commitment to the role and all the self-parodying that comes with it, makes “Terminator Genisys” a sufficiently entertaining summer sequel. 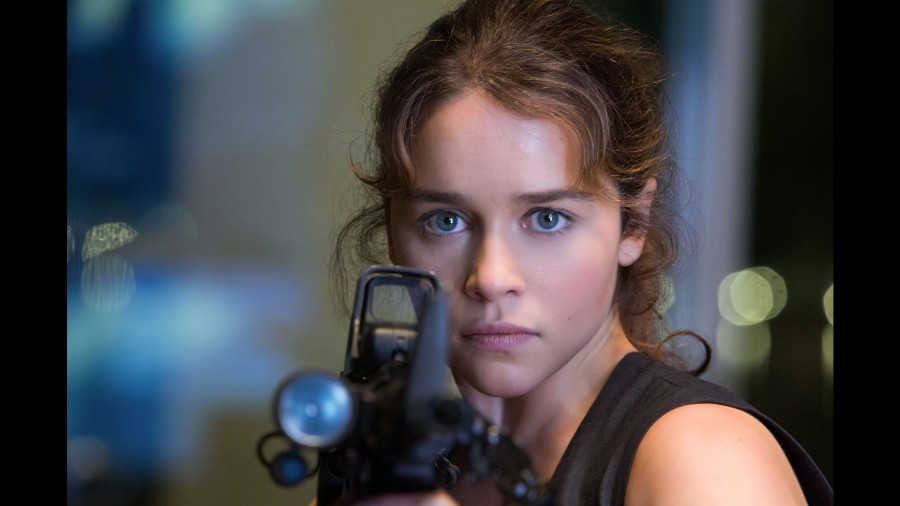 The film begins in 2029 where prodigal son John Connor (Jason Clarke) is on the frontline of the fight against Skynet, an artificial intelligence system that serves as the franchise’s main antagonist (it caused the “judgment day” of “T2”). Before Connor and fellow soldier Kyle Reese (Jai Courtney) can complete their mission of destroying Skynet’s mainframe and principle weapon – the time machine – the system sends a T-800 cyborg (young, bad Arnold) back to 1984 to kill Sarah Connor (Emilia Clarke), thus waging war in both the past as well as the future. In order to protect his mother and ultimately prevent Judgment Day, Connor in turn sends Reese back to 1984 to try and stop the killing machine.

After Sarah and her guardian (old, good Arnold) avert a fatal encounter with the T-800, Kyle is stunned to discover that Sarah somehow already knows about Skynet and Judgment Day. How, may you ask? The short answer is that the timelines became fractured when both Terminators were sent back to the same era; now, rather than trying to prevent the Judgment Day of 1997, they need to travel to 2017, when Skynet’s world-annihilating Genisys operating system was unveiled. And thanks to the handiwork of her trusty guardian, they also have a time machine of their own to get there with. Matters become increasingly complicated when John Connor makes an unexpected and not entirely human surprise visit to 2017 and throws a wrench in their time travel plans. 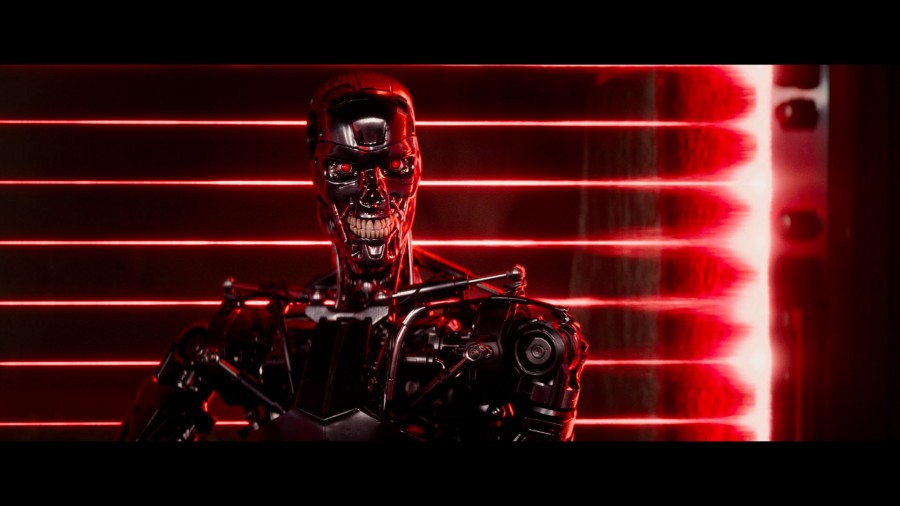 Trying to expand upon the franchise by including plot elements from each previous installment, the script is weighed down by a clunky and convoluted storyline that nearly bungles the entire mythology. The general criticism against modern action films is that they favor spectacle over story, and what’s unique about “Terminator Genisys” is that its biggest setback is actually an excess of story; there’s just too much exposition to get across. The writers’ attempts to juggle all the conflicting narratives and timelines is admirable to a point, but the overall effort is strained and leaves one feeling that the action would be more effective if the underlying logic was more simplistic.

The clear draw here is seeing Arnold make a much-needed return to the franchise, not just in current form, but as his 80’s era Terminator as well (they go full berserker on each other thanks to a body double and a little CGI wizardry). Schwarzenegger’s thespian limitations initially made him the perfect fit for a robotic killing machine, and while he’s made marginal improvements with his craft since then, he still slides easily back into the role and with plenty of self-deprecation in tow. 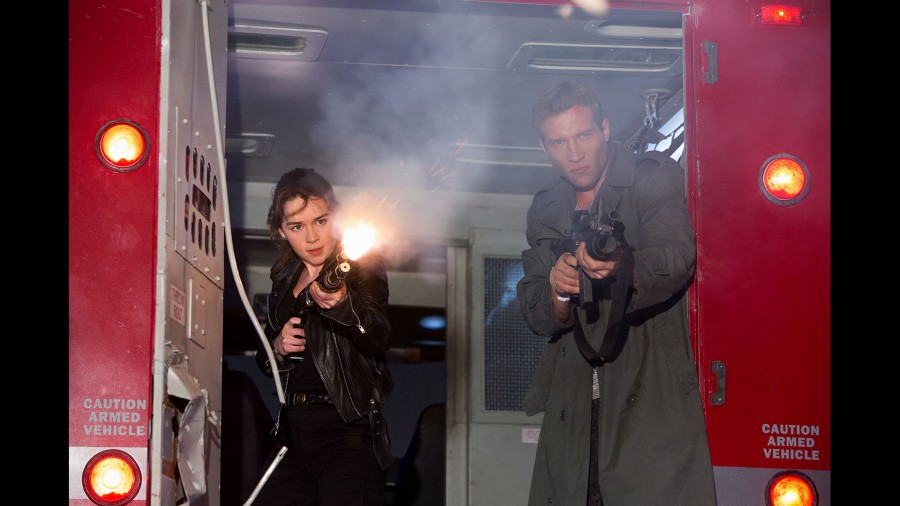 Putting in serviceable if not particularly memorable work, are new cast members Jai Courtney (“Divergent”) and Emilia Clarke (“Game of Thrones”) as the time traveling Kyle Reese and young Sarah Connor. In the role of a detective indebted to Sarah and her guardian, J.K. Simmons offers some reliable comic relief. And as the apocalyptic soldier version of John Connor, Jason Clarke nicely brings his character’s moral ambiguity to the surface.

If you keep your expectations in check and have a soft spot for big budget blockbusters, “Terminator Genisys” might satisfy your summer entertainment needs, but I wouldn’t count on it.