The Presley's Unveil Elvis Exhibit Outside Of Graceland 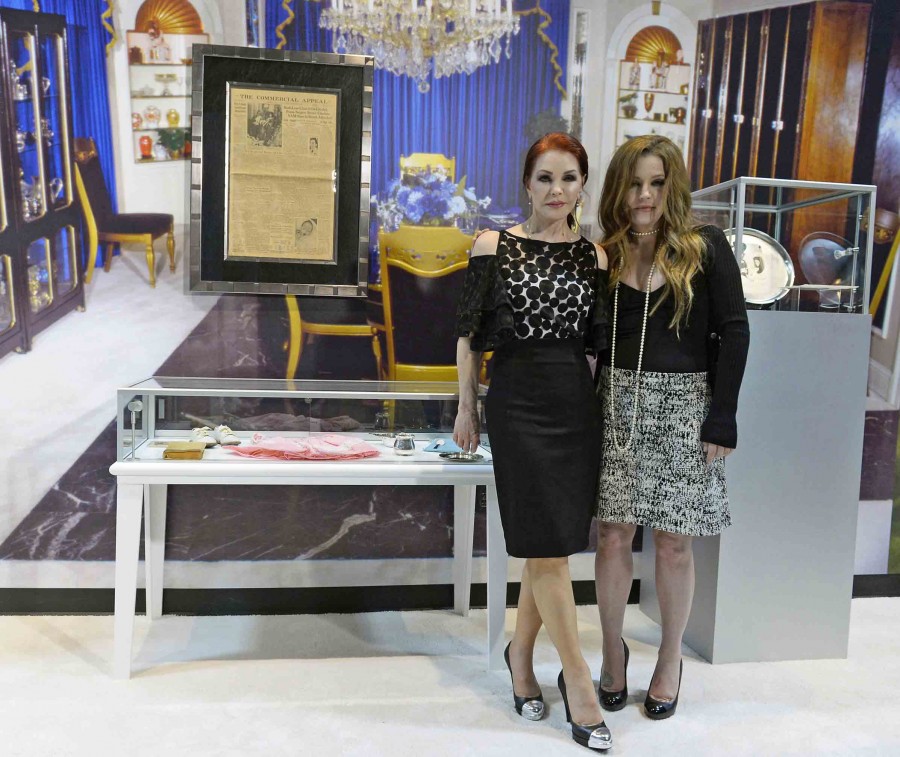 “Just think, it was 59 years ago that Elvis performed his first show in Las Vegas,” said Priscilla Presley. “Elvis loved Las Vegas and he loved his fans – he would be the first to welcome you to this great exhibition of his life. Lisa and I are so happy to share these wonderful artifacts from our family with you and are thrilled to bring the authentic Elvis back to Las Vegas for the first time in 40 years.”

The first-ever permanent Elvis exhibition outside of Graceland encompasses more than 28,000 square feet and includes hundreds of artifacts from the Presley family’s treasured Graceland Archives. The exhibition takes visitors on an unprecedented journey through Elvis’ life and career, beginning with his early days in Tupelo, Mississippi through his first recording session in Memphis, rise to fame, Hollywood career, life at Graceland, the Las Vegas years and more. Graceland-produced videos immerse guests in the experience, concluding with a 26-minute retrospective film featuring Elvis’ greatest performances. Select artifacts will be rotated regularly with artifacts from the Graceland Archives to ensure the exhibit is constantly evolving and remains fresh. The exhibition is open seven days a week from 10 am to 10 pm. Tickets are priced at $22 plus taxes and fees, and are available for purchase at Graceland.com/Vegas.

FYI
The GRAMMY Museum Celebrates Joan Rivers With "Can We Talk?" Exhibit