Facing Elimination, The Houston Rockets Get A Huge Win Over the Los Angeles Clippers 124-103 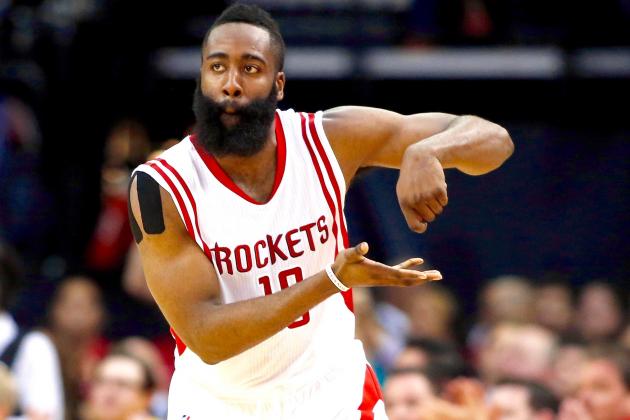 The Houston Rockets finally showed up in game 5 at the Toyota Center and trounced the Los Angeles Clippers 124-103 in an elimination game that was never in question. Down 3 games to 1 in a possible 7-game series, the Rockets survived to play another game at Staples Center in Los Angeles on Thursday night. James Harden clearly wasn’t feeling well, but faced with elimination in the Western Conference semifinals; Houston’s bearded superstar shook off his illness and had a triple-double in perhaps his best playoff performance to keep the Rockets alive.

Harden had 26 points, 11 rebounds and 10 assists, Dwight Howard added 20 points and 15 rebounds, and the Rockets bounced back from two lopsided losses with a huge victory over the Clippers. “I’m all right,” Harden said when asked about his health. “We won, so that’s all that matters.” Houston used a 36-point second quarter to take a commanding lead and withstood a third-quarter surge by Los Angeles to lead by 14 entering the fourth. Blake Griffin had 30 points and 16 rebounds, and Chris Paul added 22 points and 10 assists for the Clippers. “They were more focused,” Clippers’ coach Doc Rivers said. “They played like they were the desperate team and we didn’t play very desperate.”