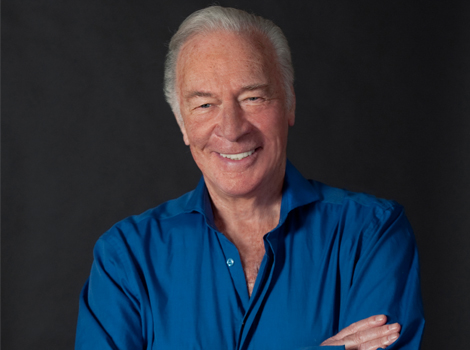 Turner Classic Movies (TCM) will honor beloved actor Christopher Plummer during a handprint-footprint ceremony at the world-famous TCL Chinese Theatre IMAX®on Friday, March 27, 2015 as part of the 2015 TCM Classic Film Festival. Plummer has been a Hollywood icon for 60 years having starred in more than 100 films and is an Oscar®, Golden Globe®, Emmy® and BAFTA® award winner.

“Without question, Christopher Plummer is one of the greatest actors of his generation," said TCM host Robert Osborne, who also serves as the official host of the TCM Classic Film Festival. “From Captain von Trapp in The Sound of Music to his iconic stage and screen performance as Barrymore and his recent Academy Award®-winning contribution to Beginners, Mr. Plummer has given some of the most memorable performances of the last half-century, and we can’t think of a better way to celebrate his illustrious career than with this honor.”

This marks the fifth consecutive year TCM has featured a hand and footprint ceremony at the legendary TCL Chinese Theatre IMAX®. In 2011, Peter O'Toole was the honoree, followed by Kim Novak in 2012, Jane Fonda in 2013 and Jerry Lewis in 2014.