Pepsi Launches "Out Of The Blue" Music Fan Experience 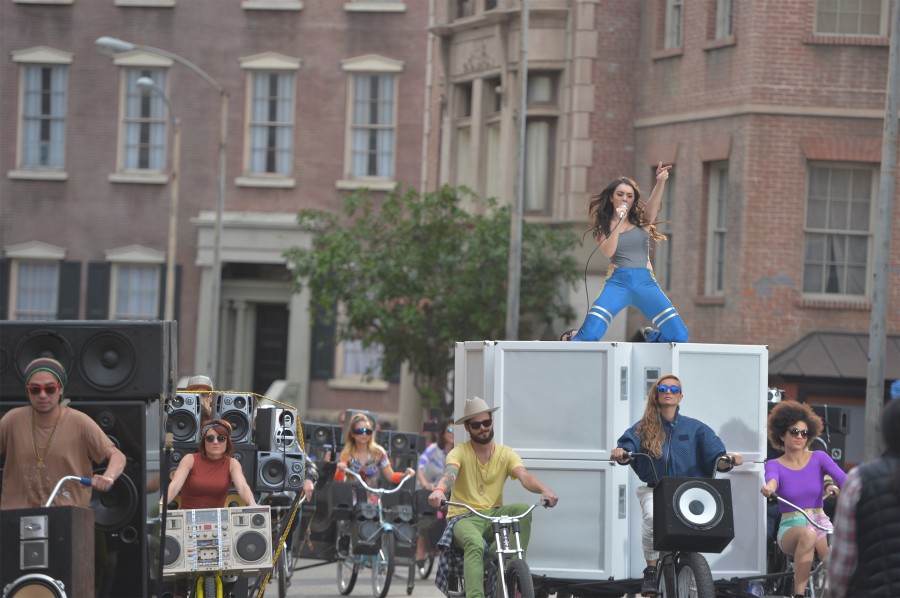 Pepsi is introducing a new music platform “Out of the Blue.”  Pepsi knows that fans want more than a listening experience and “Out of the Blue” delivers by uniting fans around unbelievable, once-in-a-lifetime music experiences that they can only get from Pepsi; bringing them closer to the artists they love at the biggest music events across the country.

Starting on Grammy® Sunday, February 8, and continuing for a total of 100 days, Pepsi will award a fan each day with the music experience of a lifetime. Through May 18, one lucky winner will be chosen to receive a flyaway trip for them and three guests to an upcoming major music event with “Out of the Blue” experiences ranging from backstage passes, premier seats at a show, artist meet and greets, access to rehearsals and sound checks, and more. A sampling of some of the events and concerts include music experiences with SXSW and a VIP experience at the 2016 Grammy Awards.

Fans become eligible for a chance to win by following @Pepsi on Twitter, snapping a photo of any Pepsi™ beverage product and posting it to Twitter with #OutoftheBlue.  Additionally, Pepsi will release exclusive behind the scenes videos capturing “Out of the Blue” moments from artists and music events.  By entering the sweepstakes, fans will be able to unlock new videos each week on the Out of the Blue web site, which will be hosted on pepsi.com.

"Music has always been a critical element of Pepsi’s DNA,” said Eric Fuller, Director, Pepsi Marketing. “We’ve launched ‘Out of the Blue’ to amplify our role in music culture and unite fans around incredible music experiences, which really speaks to our Live For Now mindset."

In addition, “Out of the Blue” has teamed-up with Grammy nominated artist Jhené Aiko to participate as “Out of the Blue Correspondent.” Jhené will be exciting consumers by creating unique content for the first phase of Pepsi’s new platform, including artist interviews and behind-the-scenes access at shoots, events and more. She will also help generate excitement and awareness through Pepsi’s social media channels as well as making appearances at events throughout the campaign.

As part of the brand’s partnership with the 57th Annual Grammy Awards® and its overall longstanding relationship with the program, the Grammys and Pepsi will also release a variety of videos on Grammys night highlighting nominees’ careers and their journeys to the Grammy stage including: HAIM, Bastille, Eric Church, Brandy Clark and Sam Smith.