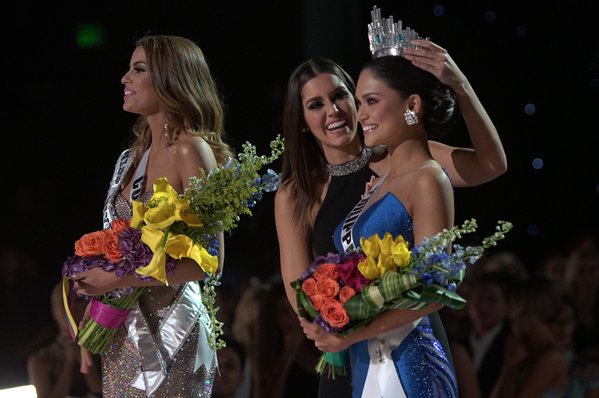 Oopsy daisy. Steve Harvey's bad... at the 2015 Miss Universe Competition on Sunday night, host Steve Harvey announced the wrong winner. First runner up was meant to be Miss Colombia, but instead - the winning crown was pinned on top of her head. Just a few seconds later, Harvey announced the real winner as Miss Philippines. He proceeded to apologize and show the audience the card with the results to assure that he had made a mistake. 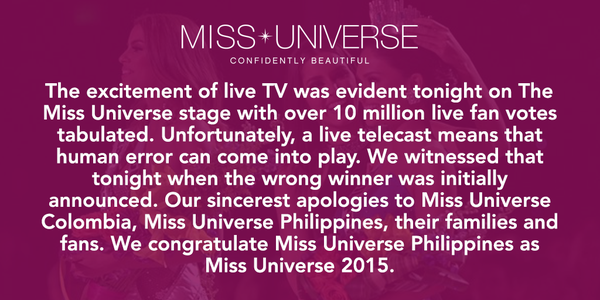