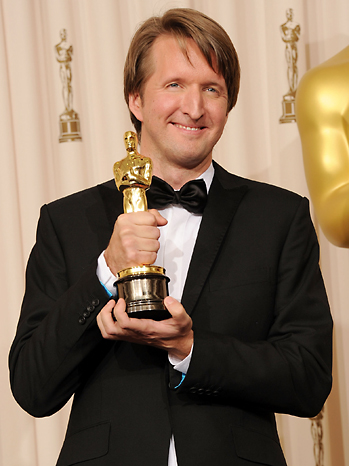 The "19th Annual Hollywood Film Awards" will take place at the Beverly Hilton Hotel in Beverly Hills, on November 1, 2015. The Hollywood Film Awards, the official launch of the awards season®, has recognized excellence in the art of cinema and filmmaking for 18 years, honoring some of the world's biggest stars. Honorees have gone on to garner many Oscar nominations and wins.

Hooper will be recognized for his work on Focus Feature's "The Danish Girl," starring Eddie Redmayne and Alicia Vikander. The film takes place around the remarkable love story inspired by the lives of artists Lili Elbe (Redmayne) and Gerda Wegener (Vikander). Vikander also starred in this year's extremely successful "Ex Machina" and "The Man from U.N.C.L.E" starring Henry Cavill and Armie Hammer.

Del Toro will receive the "Hollywood Supporting Actor Award" for his work in Lionsgate's "Sicario," also starring Emily Blunt and Josh Brolin. Del Toro has earned critical accolades throughout his career, winning an Academy Award® for Best Supporting Actor for his role in Steven Soderbergh's "Traffic" as well as an Oscar® nomination for his work in Alejandro Gonzales Inarritu's "21 Grams."

"New Hollywood Award" recipient Saoirse Ronan will be recognized this year for her performance in Fox Searchlight's "Brooklyn." Ronan portrays a young woman in the 1950's, choosing her fate between her home country or a new life.

The "Hollywood Breakout Ensemble Award" will be accepted by "Straight Outta Compton" cast members Jason Mitchell, Corey Hawkins and O'Shea Jackson Jr., who play the three founding members of the legendary hip hop group known as N.W.A. The film, based on the true story of one of rap's first music groups, had massive success this year at the box office and with critics.