Movie Review: It's All About The Action In "Fury" 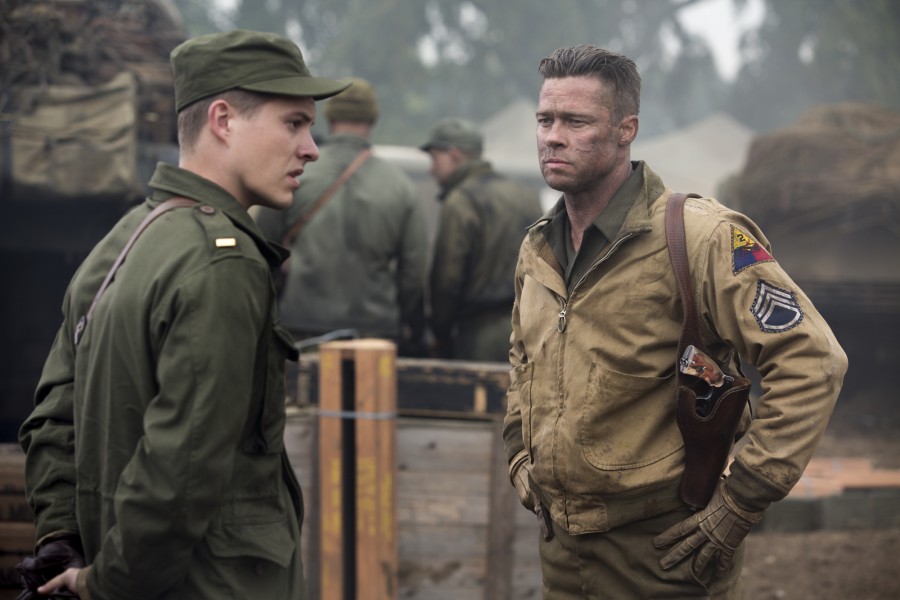 Brad Pitt leads a tight ensemble in the action-filled “Fury” as a war-hardened commander of a Sherman tank during World War II. Writer/director David Ayer is no stranger to gritty realism, with such previous films as “End of Watch,” “Harsh Times”and as the writer for “Training Day.” In “Fury,” Ayer’s takes his skill set off the urban street and onto the front lines of war. Despite the setting change, Ayer’s maintains his talent for putting complicated and very flawed anti-heroes in drastic life and death situations.

“Fury” utilizes the most basic of plots. Pitt plays Sergeant Don Collier, nicknamed “Wardaddy,” who has been with the same eclectic crew of soldiers since fighting in North Africa. Battling in the confined space of their tank has made this group of men as close as possible. They’ve had every conversation and can anticipate everything each other will do in any given situation. But after the unexpected death of the assistant gunman, a way out-of-his-element rookie named Norman, played by Logan Lerman (“Perks of Being a Wallflower”and the “Percy Jackson”movies), joins the crew. Wardaddy and the crew must 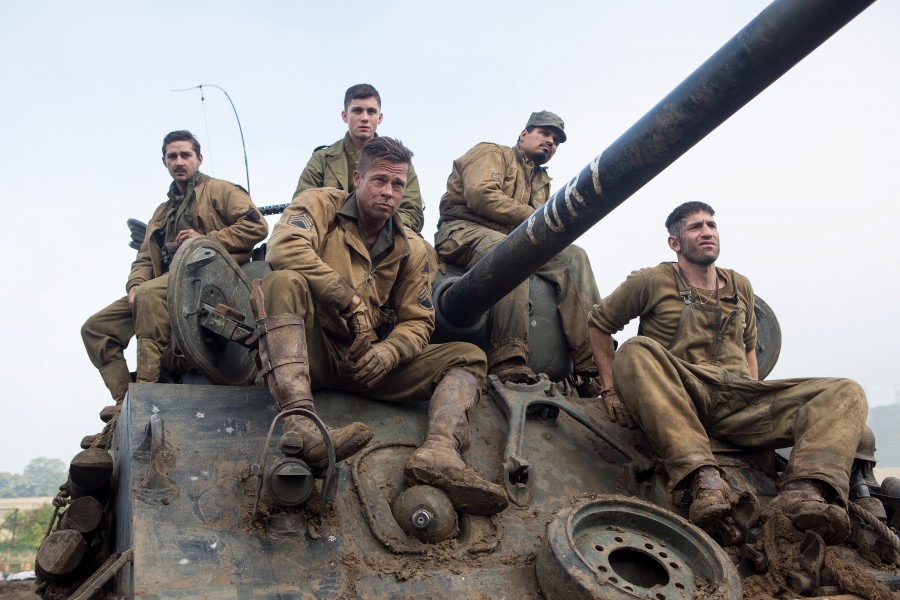 now contend with this abrupt change in dynamic, while being sent on extremely perilous missions.

The simplicity of “Fury” exists because the story or even its mega-star lead, are not the real draw here. The appeal of the movie for action fans or World War II buffs, are the intense and immensely exciting battle scenes. The mechanics of the tanks and the firepower are rendered with lurid and vivid detail.  The tracers — which are bullets that leave a bright trail in order for the shooter to see where they’re aiming — are brilliant in color and help create a striking visual motif (though admittedly at times it does seem like the combatants are blasting at each other with laser beams). Also, there’s something effectively unnerving about juxtaposing the wide scope of numerous tanks in formation in an open field, with the claustrophobia of the tanks interior. It just keeps things off-balance and allows for the unexpected.

Just because the battle scenes are what ultimately make “Fury” a standout movie, doesn’t mean the talent involved does not shine through at times. Pitt and Lerman play off each other well with their polar opposite characters. Pitt is particularly good, as his portrayal of Wardaddy is cold and frightening at times, but also soulful and deeply caring for those closest to him. 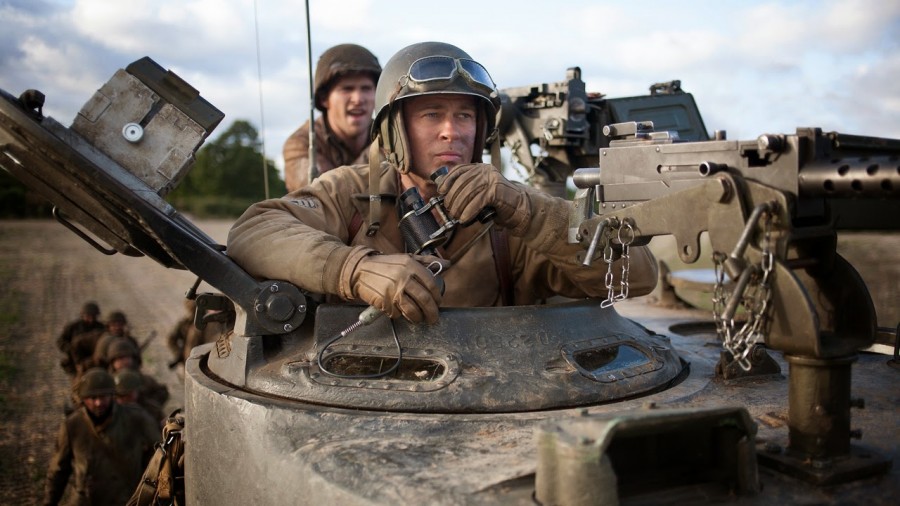 The other recognizable faces of the tank’s crew are made up of John Berenthal from “The Walking Dead”and “The Wolf of Wall Street,” the always watchable Michael Peña from “End of Watch”and Cesar Chavez, as well as Shia LeBeouf as a character nicknamed “Bible.” For whatever antics LaBeouf has gotten into in real life, in “Fury” he instills his character with a sincere discernment that elevates what could have been a one-note role. It’s a testament to the performances, as well as Ayers skilled direction that a movie filled with brutal tank battles, allows a seemingly simple dinner scene to be one of the tensest moments of the film.

Despite the strong performances, the weakest element lies with the characters themselves. They seem to be taken straight from the catalogue of stock war movie clichés. There’s the leader, the wide-eyed innocent, the ethnic one, the yokel and the religious guy. Ayers is, of course, aware of these well-worn tropes and seems to be trying to move these particular versions of the characters beyond their archetype. Problem is, with the exception of some shocking moments, this attempt only occasionally lands the way Ayers presumed it would. For better or worse, “Fury” is a film that feels no need to concede to the typical cinematic conventions of a hero. This could make for an uncomfortable and confusing viewing experience for some. Regardless, “Fury” is a film that sets out to be uncompromised with its depiction of violence and uncertain ethics in war and to that end – mission accomplished.

Rated R for strong sequences of war violence, some grisly images and language throughout.