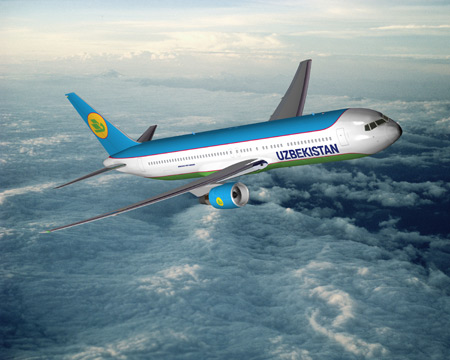 Boeing and Garuda Indonesia announced an order for 50 (737 MAX 8) jets, valued at $4.9 billion at current list prices. Boeing is the world's largest aerospace company. The flag carrier of Indonesia will purchase 46 737 MAX 8s and will convert existing orders for four Next-Generation 737-800s to 737 MAX 8s. The order was previously accounted for on Boeing's Orders and Deliveries Web site, attributed to an unidentified customer.

“The 737 MAX 8 represents a bright, efficient future for Garuda Indonesia,” said Emirsyah Satar, chief executive officer, Garuda Indonesia. “This order helps continue our commitment to offer the people of Indonesia and Southeast Asia the most comfortable, most efficient air travel in the region.”

Garuda Indonesia currently operates 77 Boeing 737s. The new order gives the airline the flexibility to grow and to update its fleet as the market demands.

"The 737 MAX will be a great addition to the Garuda’s fleet," said Dinesh Keskar, senior vice president, Asia Pacific and India Sales, Boeing Commercial Airplanes. "It will build on the strong tradition of service that Garuda Indonesia has established with the 737 family. This order demonstrates Garuda's trust in Boeing and a strong commitment to operate the most fuel-efficient single-aisle airplanes in the market today and in the future."

The 737 MAX incorporates the latest technology CFM International LEAP-1B engines, Advanced Technology winglets and other improvements to deliver the highest efficiency, reliability and passenger comfort in the single-aisle market. The 737 MAX will be 14 percent more fuel-efficient than today's most efficient Next-Generation 737s – and 20 percent better than the original Next-Generation 737s when they first entered service. The 737 MAX 8 will have an 8 percent per seat operating cost advantage over the A320neo.

The order from Garuda Indonesia continues the momentum of the 737 MAX in the marketplace. The total number of 737 MAX orders to date is 2,295 airplanes from 47 customers worldwide.

FYI
Fuuzle Is Sizing Down Your Search Engine